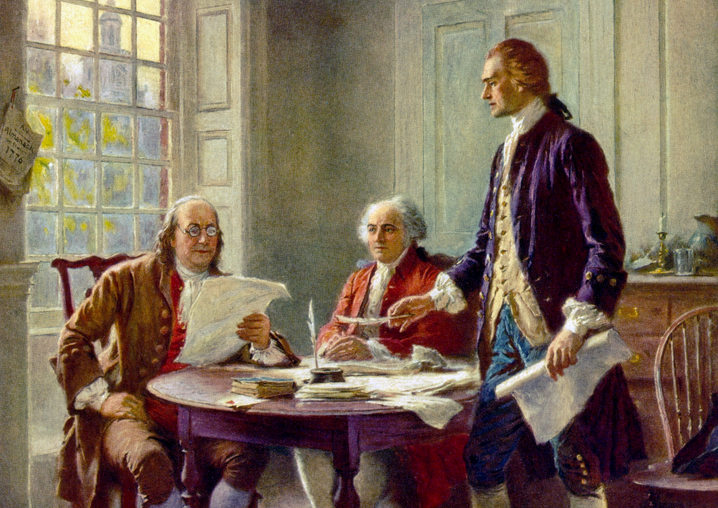 When it comes to education, summer is normally a downtime of rest and relaxation.

That’s not the case, however, for California’s Department of Education. According to The Sacramento Bee, the state just released their newly rewritten history standards – standards which will likely be adopted by many of the other 49 states.

So what exactly is in these history standards which will soon be spreading across the nation? The Bee explains:

“The new History-Social Science Framework for grades K-12 was adopted by the state school board on July 14. It reflects the struggles and progress of LGBT Americans in the United States and California. It also contains more detail on Latino history, along with the role Filipinos played in both World War II and the United Farm Workers movement.

Nearly every major ethnic group in California has been given a voice in the 900-page rewrite, which is expected to show up in textbooks by 2018.

‘We want students to understand that California and this country developed in part because of people like them,’ said Tom Adams, deputy superintendent for instruction and learning in the California Department of Education.”

Such a development seems to be the further expansion of what Allan Bloom labeled as “openness” in his work, The Closing of the American Mind, nearly 30 years ago:

Many of us might be quick to respond, “Well, what’s wrong with openness? Isn’t it good to teach children to embrace diversity?”

Not necessarily. According to Bloom, the Founders believed that, “Class, race, religion, national origin or culture all disappear or become dim when bathed in the light of natural rights, which give men common interests and make them truly brothers.” By continually adopting curricula that emphasize pluralism, Bloom suggests, students are receiving less instruction on the fundamental ideas that undergird the American experiment… on the fundamental ideas that make us a unified people.

Is Bloom right in his assessment? By constantly seeking after new ways to promote openness through our textbooks, are we actually driving students away from the very thinking and concepts which will bring us together as a people and a nation?