Are we witnessing the birth of a Revolution? 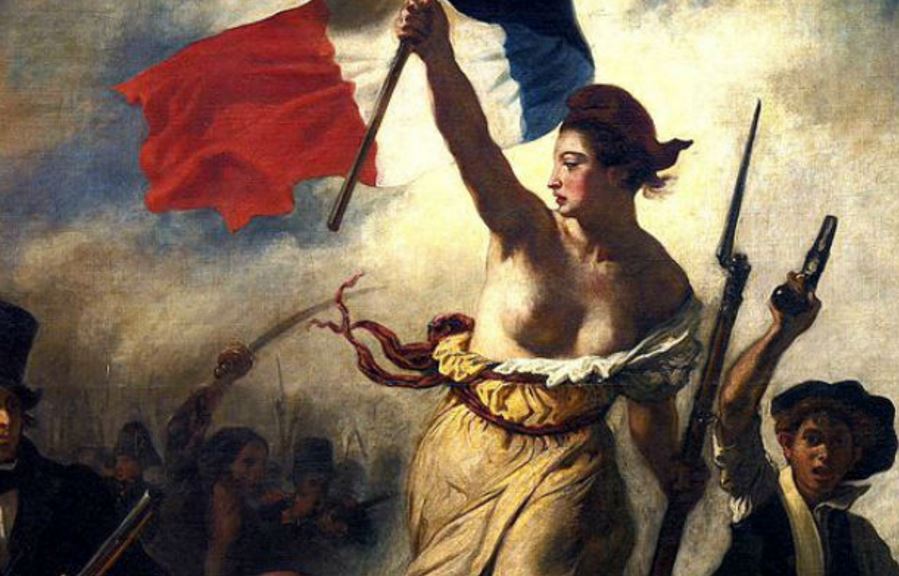 The Modern Era was born with a revolution. So begins Jacques Barzun’s seminal history, From Dawn to Decadence.

Martin Luther might not have intended to ignite a revolution when he pounded his 95 theses into the door of Wittenberg’s All Saints’ Church on Oct. 31, 1517. (This practice was not uncommon in Luther’s day; it was a device used by clergy to start debates.) But that is what he got. The Protestant Reformation upended the moral, social, religious, and political order of the day. Each of the major “revolutions” in the West that transpired in the wake of Luther’s revolution—England’s (1688), America’s (1776), France’s (1789), and all those until Russia’s in 1917—were mere aftershocks of the quake, Barzun argued.

The Protestant Reformation was of course much bigger than Luther. Revolutions have a lifeforce of their own.  Their leaders cannot only not control them; they are often swept away by their currents (see: Robespierre). What precipitates such powerful force?

The answer to that question is “cause for endless astonishment”: Nothing. Or, perhaps, everything. Here is what Barzun writes:

First, a piece of news about something said or done travels quickly, more so than usual, because it is so uniquely apt. … People ask each other what is true and what it means. The atmosphere becomes near electric, the sense of time changes, grows rapid; a vague future seems nearer. On impulse, perhaps to snap the tension, somebody shouts … throws a stone through a window, which provokes a fight. … As further news spreads, various types of people become aroused for or against the thing now upsetting everybody’s daily life. But what is that thing? Concretely: ardent youths full of hope as they catch the drift of the idea, rowdies looking for fun, and characters with a grudge. Cranks and tolerate lunatics come out of houses, criminals out of hideouts, and all assert themselves.

Manners are flouted and customs broken. Foul language and direct insult become normal, in keeping with the rest of the excitement, buildings are defaced, images destroyed, shops looted. Printed sheets pass from hand to hand and are read with delight or outrage—Listen to this! Angry debates multiply about things long since settled: talk of free love … of sweeping out all evils, all corruption, all at once—all things new for a blissful life on earth.

A curious leveling takes place: the common people learn words and ideas hitherto not familiar and not interesting and discuss them like intellectuals, while others neglect their usual concerns—art, philosophy, scholarship—because there is only one compelling topic, the revolutionary Idea. The well-to-do and the “right-thinking,” full of fear, come together to defend their possessions and habits. But counsels are divided and many see their young “taking the wrong side.” The powers that be wonder and keep watch, with fleeting thoughts of advantage to be had from the confusion. Leaders of opinion try to put together some of the ideas afloat into a position which they mean to fight for. They will reassure others, or preach boldness, and anyhow head the movement.

Voices grow shrill, parties form and adopt names or are tagged with them in derision and contempt. Again and again comes the shock of broken friendships, broken families. As time goes on, “betraying the cause” is an incessant charge, and there are indeed turncoats. Authorities are bewildered, heads of institutions try threats and concessions by turns, hoping the surge of subversion will collapse like previous ones. But none of this holds back that transfer of power and property which is the mark of revolution and which in the end establishes the Idea.

Is the current social unrest the beginning of an actual revolution?