Alexander Hamilton Predicted How the Colonies Would Defeat Britian 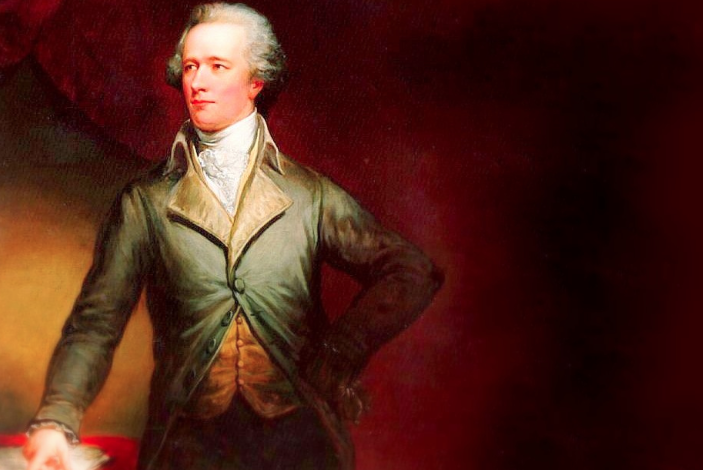 Early in 1775, a scathing 84-page essay was published anonymously in response to “A Full Vindication to the Measures of the Congress,” an essay written by Samuel Seabury, a bishop in the Episcopal Church and American loyalist who opposed the liberty movement in the American Colonies.

The essay, entitled “The Farmer Refuted,” was published by a young Alexander Hamilton, then a student at King’s College in New York. It did not advocate independence, but defended colonialists who had recently formed a Congress and suggested the Colonies could remain loyal to the British Crown yet independent to the rule of Parliament.

Hamilton’s barbed tour de force was impassioned, eloquent, and grounded in reason, and the essay enflamed colonials who sensed a breaking with the Crown. Though just 20 years old (perhaps even 18), Hamilton found himself a major player in the genesis of America’s Revolution. (Colleagues and friends of Hamilton scoffed at rumors that the young immigrant had written “The Farmer Refuted,” saying no one so young could possibly have written the essay.)

One of the most striking portions of the essay comes when Hamilton muses on what a conflict between the Colonies and Crown would look like. Here is what he wrote:

Let it be remembered that there are no large plains for the two armies to meet in and decide the conquest…. The circumstances of our country put it in our power to evade a pitched battle. It will be better policy to harass and exhaust the soldiery by frequent skirmishes and incursions than to take the open field with them, by which means they would have the full benefit of their superior regularity skills. Americans are better qualified for that kind of fighting which is most adapted to this country than regular troops.

Those familiar with the history of the American Revolution will see Hamilton’s description matches with stunning precision the strategy George Washington employed against the British. Known as a Fabian strategy, it involves avoiding direct, large-scale engagements with a superior foe in hope of defeating the enemy in a prolonged war of attrition.

Hamilton, a student of classical history and literature, no doubt was familiar with the strategy, named after Quintus Fabius Maximus Verrucosus Cunctator, a Roman general who used the tactic to great effect against Hannibal during the Second Punic War.

Hamilton’s foresight is uncanny and more than blind luck. “This was more than just precocious knowledge: this was intuitive judgment of the highest order,” wrote Ron Chernow, in his biography Alexander Hamilton.

It’s worth noting that Hamilton was appointed to Washington’s staff just two years later, so it’s quite possible that he helped Washington shape and execute the strategy that allowed the Colonies to defeat the British, who enjoyed many material advantages over their rebel subjects.