Actor: Western Civilization is in Danger of Losing 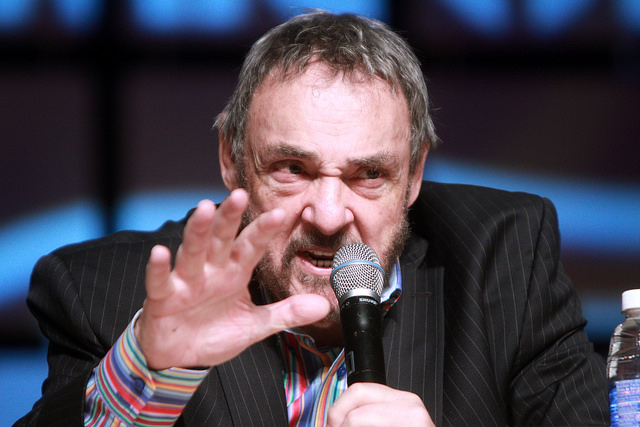 John Rhys-Davies is famous for playing Sallah in the Indiana Jones movies, and more recently, Gimli in The Lord of the Rings trilogy.

But he has also become an outspoken defender of the West against its perceived enemies, both within and without.

In an interview last week with FOX411, he decried the growing intolerance that he sees among his fellow actors, some of whom “believe their opinion is the only right one”:

“I love my fellow actors but sometimes I think that their opinions are wrong. True art asks uncomfortable questions and if you find yourself agreeing with everyone around you all the time, you should wonder what your significance as a citizen and as an artist is.”

Tolerance for other opinions, he added, is a distinguishing mark of Western civilization, which “is kept alive and vital by debate.”

He then alluded to the challenge to the West posed by Islam:

“‘The world is a dirtier and darker place now than it has probably been for 200 years,’ he said. ‘Western civilization is profound and tolerant and we are now confronted with a far more vital and energetic civilization… [that is] completely antithetical to our beliefs, and how we cope with that is going to be the big challenge for the [21st] century [because we] will lose it if we don’t defend it in the right way.’”

In an interview with Breitbart in October 2015, Rhys-Davies clarified a bit what he means by defending the West “in the right way”:

“Western Christian civilization, of which you’re a part, is one of the great glories of mankind. These are the things we stand for. We stand for liberty, liberty of association, freedom of speech. We stand for the equality of everyone in our society before the law, men as well as women. We could make a list of all the things. But let’s get back to respecting these things. These are the glories of our ancestors. These are what thousands of our ancestors died to protect and preserve. And if we allow those things to go because we are afraid of being politically incorrect, or of hurting somebody by suggesting that perhaps their value system may not be quite as nice as ours, then we are fools, and ultimately, scoundrels.”