Why the Hillary E-mail Scandal Should Matter to You 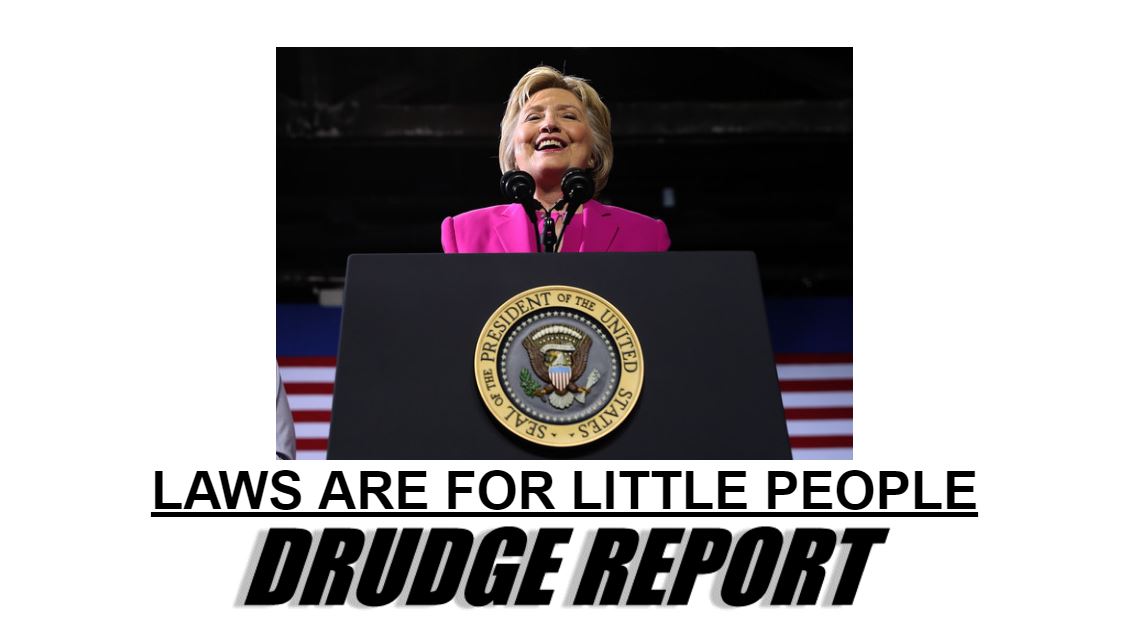 On the 4th of July, Intellectual Takeout posted a clip of the John Adams HBO series to the Facebook page. In it, during a debate over whether or not the colonies should declare their independence from Great Britain, Adams states,

“…I see hope. I see a new nation ready to take its place in the world. Not an empire, but a republic. And a republic of laws, not men.”

On the 5th of July, FBI Director James B. Comey informed America that we are no longer a nation of laws, but of men.

One of the key issues in the investigation of former-Secretary of State Hillary Clinton’s use of a personal server and e-mail communications is whether or not she mishandled classified information or state secrets. The law is quite clear on the issue in section 793 (f) of the U.S. penal code:

Shall be fined under this title or imprisoned not more than ten years, or both.”

According to Director Comey the evidence of Hillary Clinton’s violations of the law are overwhelming:

“For example, when one of Secretary Clinton’s original personal servers was decommissioned in 2013, the e-mail software was removed. Doing that didn’t remove the e-mail content, but it was like removing the frame from a huge finished jigsaw puzzle and dumping the pieces on the floor. The effect was that millions of e-mail fragments end up unsorted in the server’s unused—or ‘slack’—space. We searched through all of it to see what was there, and what parts of the puzzle could be put back together.

FBI investigators have also read all of the approximately 30,000 e-mails provided by Secretary Clinton to the State Department in December 2014. Where an e-mail was assessed as possibly containing classified information, the FBI referred the e-mail to any U.S. government agency that was a likely ‘owner’ of information in the e-mail, so that agency could make a determination as to whether the e-mail contained classified information at the time it was sent or received, or whether there was reason to classify the e-mail now, even if its content was not classified at the time it was sent (that is the process sometimes referred to as ‘up-classifying’).

Comey is quite clear that Hillary Clinton broke the law:

It should be obvious to all, especially a secretary of state, that rules surrounding the handling of classified information are extremely important, that the security of many lives can be at stake, even the very security of our nation. That is why there are such steep punishments for violations — to make sure no one does it. That is also why the law applies to everyone.

Yet, while Comey admits that Secretary Clinton violated the law, he will not recommend criminal charges because she didn’t “intend” to violate the law.

“Although there is evidence of potential violations of the statutes regarding the handling of classified information, our judgment is that no reasonable prosecutor would bring such a case. Prosecutors necessarily weigh a number of factors before bringing charges. There are obvious considerations, like the strength of the evidence, especially regarding intent. Responsible decisions also consider the context of a person’s actions, and how similar situations have been handled in the past.

In looking back at our investigations into mishandling or removal of classified information, we cannot find a case that would support bringing criminal charges on these facts.”

As applied to this issue, intent is not up for discussion because U.S. Code 793(f) targets “negligence”. Read it again:

Shall be fined under this title or imprisoned not more than ten years, or both.”

Negligence is the failure to use reasonable care, resulting in damage or injury to another. The idea of negligence actually encompasses the lack of intent that Director Comey is using as the reason to drop the investigation, it is a recognition that you did something wrong while not intending to do so. Setting up a personal server and using unsecured e-mail services for classified information actually are actions a few steps beyond negligence. Negligence would be forgetting a protocol, not willfully ignoring it.

And, yet, nothing will happen.

Every year thousands of Americans are prosecuted for violating laws, often laws that they didn’t even know about. But in our legal tradition, lacking knowledge of the law is no defense. The law applies no matter what. Is it fair or just for normal Americans to be prosecuted for violating laws that they did not “intend” to violate while a secretary of state, one of the most powerful positions in the country and the world, can violate extremely important laws because she did not “intend” to do so? Of course not. Furthermore, how can we expect any American to respect the laws of the land when our own leaders don’t?

All Americans should be deeply troubled by what just happened. If there is sufficient evidence that Hillary Clinton violated the law, potentially putting lives and our country at risk, then the issue should be taken to court and justice should be served. It may be that in court she is found “not guilty”, but that is not for the FBI director to determine when he has already admitted that there is sufficient evidence.

The Roman poet and satirist Juvenal similarly watched his country decay. Famous for coining the phrase “bread and circus”, he also coined another one that we might do well to remember:

“Quis custodiet ipsos custodes? – Who will guard the guards themselves?”