Why Can’t People Disagree Without Taking Things So Damn Personally? 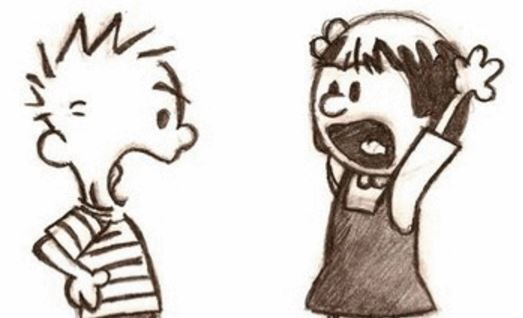 Many in our audience express dismay about people not being able to discuss hot-button issues – politics, religion, race, sexuality – without it devolving into anger and name-calling.

Why is it that people can’t have a disagreement without taking things so damn personally?

Well, one obvious reason is human nature. Our positions on controversial topics are usually the manifestations of some of our most deeply held principles. It can take years of education and growth to meet disagreements with these with magnanimity.

But I think a not-so-obvious reason is the relativism of modern moral discourse, best expressed in the theory known as “emotivism.”

In After Virtue, Alasdair MacIntyre wrote that “emotivism has become embodied in our culture.”

He defined it as “… the doctrine that all evaluative judgments and more specifically all moral judgments are nothing but expressions of preference, expressions of attitude or feeling.” In other words, emotivism holds that there can be no way of rationally justifying one’s claims about those controversial issues mentioned above.

Years earlier, in The Abolition of Man (1943), C.S. Lewis noted the presence of this theory of emotivism in an English school textbook. The textbook offered the story of Coleridge at the waterfall, in which one tourist describes the waterfall as “pretty” and the other calls it “sublime.” The textbook then comments for the benefit of the student:

According to Lewis, the schoolboy’s takeaway from this analysis will be that “all sentences containing a predicate of value are statements about the emotional state of the speaker.”

In a society in which emotivism prevails, people can’t help but take moral disagreements personally, because that’s all those disagreements amount to: differences in personal preference… differences that can’t be rationally discussed.

A further, scary consequence of an emotivist society: those who want you to agree with them will feel the need to resort to non-rational means (e.g., propaganda, shame, etc.) to get you to change your mind.