What Stalin’s Great Terror can tell us about Russia today 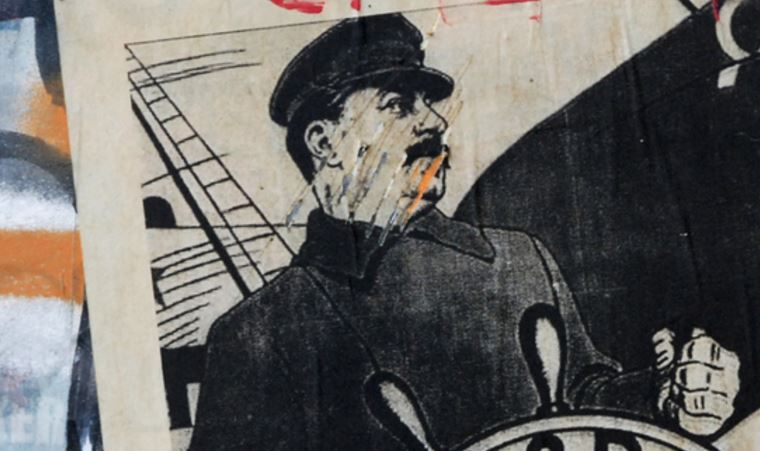 Between the summer of 1936 and 1938, the regime of Joseph Stalin summarily executed 750,000 Soviet citizens without trial or any legal process. In the same period, more than a million others were sent to the labour camps of the Gulag, from where many would not return. In the history of a murderous regime, this was a period of exceptional state violence perpetrated against its own people.

The episode has always held a certain macabre fascination, but there are other more substantial reasons for drawing attention to it as we reach the 80th anniversary. In 1991, and then again in 2000, huge volumes of archival materials — millions of documents — were released to historians. It has taken years to digest this material and make sense of it, but new and striking findings have made it possible to rewrite the history of what has come to be know as the Terror, or the Great Purge. My recent book The Great Fear is one example of this. These findings help us better understand contemporary Russia, its current, authoritarian leader and the reverence many Russians continue to feel for Stalin.

In the West, the public perception of Stalin and the Terror lingers from the period immediately after the dictator’s death in 1953. His successor, Nikita Khrushchev, wanted to limit the power of the fearsome Soviet political police. But he also wanted to communicate to the Soviet political elite that they would not be blamed for the violence of the Stalin era, though they had been deeply and directly involved. So Khrushchev blamed the Terror on Stalin and his “cult of personality”, and historians in the West followed his lead.

They – particularly following the lead of Robert Conquest in his 1967 book The Great Terror – presented Stalin as a bloodthirsty, paranoid, political opportunist determined to secure total power over all other considerations. The Terror of 1936-1938 was therefore understood as the culmination of a drive to create a personal dictatorship.

Archival revelations have not, it must be said, established that Stalin was actually a nice guy. Quite the contrary. But they have poked rather large holes in the traditional story.

For example, it became clear rather early on that the majority of victims of the Terror were ordinary workers and peasants — people who presented no challenge to Stalin’s power. When Stalin’s private papers were released in 2000, historians initially expected to see a gap between them and Stalin’s public self-presentation as a loyal follower of Lenin and defender of the Revolution. But it wasn’t there. In public and in private, Stalin was committed to building socialism, not to building a personal dictatorship for its own sake.

So what was the motivation behind the Terror? The answers required a lot more digging, but it gradually became clearer that the violence of the late 1930s was driven by fear. Most Bolsheviks, Stalin among them, believed that the revolutions of 1789, 1848 and 1871 had failed because their leaders hadn’t adequately anticipated the ferocity of the counter-revolutionary reaction from the establishment. They were determined not to make the same mistake.

So they created elaborate systems for gathering information on external and internal threats to their revolution. But those systems were far from perfect. They painted threats in far darker colours than was warranted. For example, the Bolsheviks spent much of the 1920s and 1930s anticipating invasion from coalitions of hostile capitalist states — coalitions that did not exist. Other perceived threats were also exaggerated beyond all proportion: scheming factions, disloyal officials, wreckers, saboteurs.

Many of these “threats” were products of Stalin’s overambitious plans. He had demanded 100% fulfilment of production targets that could not be met, and he and his colleagues in the Kremlin misinterpreted the resultant dissent, resistance and breakdowns as evidence of counter-revolutionary conduct. And certain workers and peasants – who had reason to resent the regime – were viewed as dangerous potential recruits to this fictional counter-revolution.

By the mid-1930s, the rise of the Nazis in Germany and the militarists in Japan, both stridently anti-communist, posed a very real threat to the USSR. War was then on the horizon, and Stalin felt he had no choice but to take preemptive action against what he saw as a potential fifth column – a group that would undermine the larger collective.

The resultant maelstrom of violence massively weakened the USSR rather than strengthening it, but the ultimate victory of Soviet forces in World War II appeared to justify the Terror. And the emergent Cold War seemed to justify the view that the capitalist world would stop at nothing to undermine Soviet power.

The Soviet political police, renamed the KGB in 1954, never recognised the monstrous crimes that they had contributed to under Stalin’s direction. They perceived themselves as heroes of the story, brilliantly anticipating and intercepting the evil deeds of the regime’s enemies.

Vladimir Putin, the president of Russia, rose from the ranks of the KGB in the 1970s. He was trained in its methods and steeped in its mentality. While one should not leap to the conclusion that he is a prisoner of his early career, the echoes of KGB (and Stalin’s) thinking are present in the messages delivered relentlessly by the state-controlled media.

The population is told that the US and EU want to reduce Russia to the status of a third-rate power, to take control over her resources and subvert her values. Putin does not propose officially to rehabilitate the figure of Stalin, but he does little to challenge the public presentation of his predecessor as someone who made Russia a great power, and who stood up to the West.

Today we better understand the exaggerated fears that sparked the paroxysm of state violence that was the Great Terror. But in Russia, the echoes of those same fears prevent an open discussion of Stalin’s crimes, and serve to reinforce Putin’s authoritarianism.