That Alexander Hamilton Had One Messed Up Childhood 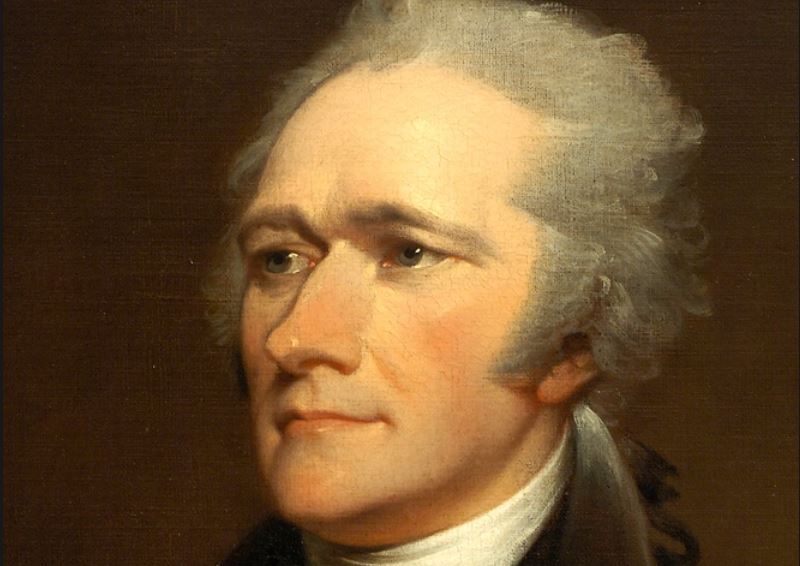 While I’ve yet to see the musical, I have read the book that inspired Miranda’s work: Ron Chernow’s stunning biography, Alexander Hamilton. It is perhaps the single best biography I’ve read, a page-turning literary masterpiece that reveals a side to Hamilton previously unseen. The opening chapter of the book details the mean, brutish and (for many) short nature of life in the British West Indies in the 18th century.

On the Caribbean islands of Nevis and St. Croix, readers witness Hamilton endure trial and misery that exceed anything you’ll find in the work of Dickens. Much of the story centers around his mother, Rachel Faucette, a woman of means who watches her husband, a Dutchman named Jojann Michael Lavien, squander her fortune. Rachel abandons Lavien and eventually takes up with a Scot named James A. Hamilton, a man whose high birth and good nature are offset by a weak mind and penchant for indolence.

The unmarried couple would have two children, James Jr. (b. 1753) and Alexander (1755). The stigma of illegitimacy stuck to Rachel and her children like fleas and  came to define their difficult lives in the West Indies.

Below is a brief chronology of the trials and tragedies that shaped Alexander Hamilton’s early life:

Rachel, James Hamilton, and their children move from Nevis to St. Croix, where Rachel had once been imprisoned for several months on charges of adultery.

The family receives support from Rachel’s sister, Ann Lytton, owner of a sugar plantation (the Grange). The plantation is soon sold, however, after a business scandal erupts.

Rachel, the last surviving Faucette, takes up work in a shop, an extraordinary occupation for a white woman in the British West Indies.

Shortly after the New Year, Rachel, now 38, contracts a fever. Alexander soon contracts it as well.

Over several weeks the patients receive the standard medical treatments of the day—valerian root, enemas, and bloodletting.

Rachel dies at 9 p.m. on Feb. 19. Chernow states: “Mother and son must have been joined in a horrid scene of vomiting, flatulence, and defecation as they lay side by side in a feverish state in the single upstairs bed. The delirious Alexander was probably writhing inches from his mother when she expired…”

Despite the late hour, probate court officials arrive on scene and sequester the property.

Days later, Rachel, perhaps deemed unfit for a Christian burial, is laid to rest on a hillside in the shadow of a grove of mahogany trees.

At a court hearing weeks later, Lavien declares the Hamilton children offspring of “whoredom.” He persuades the court to give Rachel’s inheritance to his son, Peter Lavien, even though the young man had not seen his mother in 18 years.

The Hamilton boys, now destitute teens, are placed with a cousin, Peter Lytton, a 32-year-old widower.

On July 16, Peter Lytton is found dead in blood-soaked bed. Records indicate he “stabbed or shot himself” in an apparent suicide.

James Lytton, Peter’s father, moves to take the Hamilton boys into his care. He dies on Aug. 12 before he can claim the orphaned children.

Hamilton’s rise from this Dickensian nightmare to army officer under George Washington is a story for another day. What is clear is that his boyhood was a trial of despair, a story unlike any other Founding Father’s.

What is perhaps most astonishing is that the story was almost never told. As Chernow points out, almost everything we know about Hamilton’s upbringing has been discovered in the last century. This is largely due to the fact that Hamilton went to great lengths to conceal his painful past for reasons we can speculate.

It’s fortunate that Chernow and Miranda have salvaged and popularized the history of such an intriguing and important figure in American history.