Orwell on Why Politicians Resort to Euphemisms 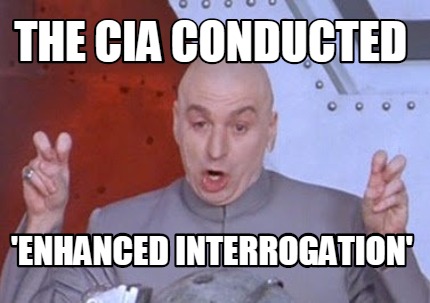 As a few of my colleagues have noted in the past, today’s academic writing is one big farce. Rather than express their ideas in a clear, straightforward way, academics seem to believe they can only prove their intellectual ability by stringing together sentences of pompous words.

Unfortunately, the general public furthers this practice by behaving like the subjects in The Emperor’s New Clothes, who refused to state their true opinions about the so-called clothes for fear of sounding uniformed.

But academics aren’t the only ones who practice this form of mind-numbing communication. According to a 1945 essay by George Orwell, politicians are masters of “the inflated style” of speech and writing as well:

“When one watches some tired hack on the platform mechanically repeating the familiar phrases – bestial atrocities, iron heel, blood-stained tyranny, free peoples of the world, stand shoulder to shoulder – one often has a curious feeling that one is not watching a live human being but some kind of dummy: a feeling which suddenly becomes stronger at moments when the light catches the speaker’s spectacles and turns them into blank discs which seem to have no eyes behind them. And this is not altogether fanciful. A speaker who uses that kind of phraseology has gone some distance towards turning himself into a machine. The appropriate noises are coming out of his larynx, but his brain is not involved as it would be if he were choosing his words for himself. If the speech he is making is one that he is accustomed to make over and over again, he may be almost unconscious of what he is saying, as one is when utters the responses in church. And this reduced state of consciousness, if not indispensable, is at any rate favourable to political conformity.

In our time, political speech and writing are largely the defence of the indefensible. … Thus political language has to consist largely of euphemism, question-begging and sheer cloudy vagueness.”

Orwell goes on to explain that politicians use the “inflated style” of speech to cover their tracks and gloss over the root problems with which society wrestles:

As we start down the final stretch of the 2016 political season, Orwell’s words are worth consideration. Do Americans have the knowledge to see through the inflated political rhetoric given out by both parties?