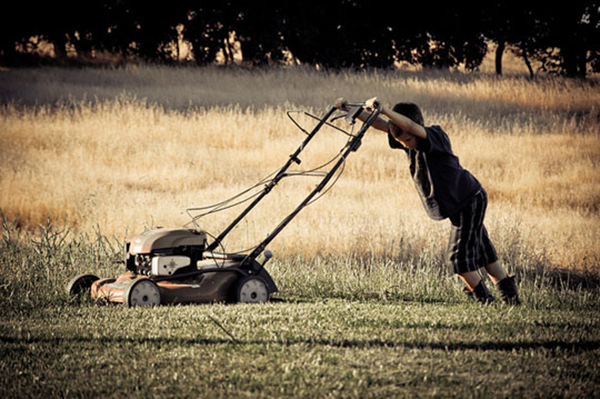 My wife and I are among the only 28% of parents today who make their children do chores. And, like many children when forced to do undesirable work, ours do their fair share of complaining and dawdling.

In these moments, the reminder we frequently give them is this: “It’s not your job to play.”

Perhaps to some this sounds harsh. After all, the idea that they have a special mandate for play and “free time” is exactly what our current society communicates to children. From the moment they first exit the womb, America’s youth are surrounded by a constantly updated slew of toys and devices for entertainment. They very quickly learn that adults primarily require that they play and do what they want, which these days usually means screen time. The average child now spends over six hours in front of a screen each day.

Even now in school—which most of history deemed a very “un-fun” place—it’s expected that teachers will make the curriculum appropriately engaging and that plenty of activities (read: useless assemblies and fairs) and time for socialization will be provided.

At this point, some of you will likely argue that kids today, especially teens, are actually overworked and overextended with school and extracurricular activities. I’ve been under the same assumption. But as Robert Pondiscio of the Fordham Institute has shown, the idea of the “overstressed teen” is actually a myth—the statistics simply don’t support it. The average teen spends only five hours per week on organized non-school activities, and 40 percent of teens spend no time at all on them.

In America society, as many of you know, the expectation to play doesn’t end when children make the transition into adulthood. Colleges today spend a lot of money on student activity centers and marketing their campuses as places to have fun “experiences.” And college students today spend only half as much time (12 hours per week) studying as their counterparts 50 years ago. After graduation, people find themselves thrust into a culture whose philosophy is summed up by the phrase “Work Hard, Play Hard,” and where status is partially linked to one’s participation in outdoor activities, attendance at sporting events, and taking of vacations. (In case you haven’t noticed, “playing” according to our culture’s current definition can cost a lot of money.)

Don’t get me wrong: I’m certainly not against play. You’d have to be crazy to not believe that having free time is healthy for both children and adults.

But it seems that our current society has a manic obsession with setting aside huge amounts of time for play and a fear of loading children down with “too much responsibility.” And this obsession and fear has been extended into adulthood.

The reality is that in previous ages this was not the case. Childhood was not an island unto itself. Children still had their games, but for the most part, they were primarily looked at as adults-in-training who were to be gradually given greater responsibilities.

In his classic on ancient Greek education, Henri Marrou summarizes well the West’s perspective on children prior to Rousseau and the Victorian era:

As I’ve found, most kids today are suffering from too much free time and not enough direction and responsibility—and it’s not doing them any favors in preparing them for adulthood. In many cases, it’s teaching them to be self-centered; to think that their play time is a right to be jealously guarded.

Part of that starts with doing chores.