7 reasons why the Pope’s gaffes are OK 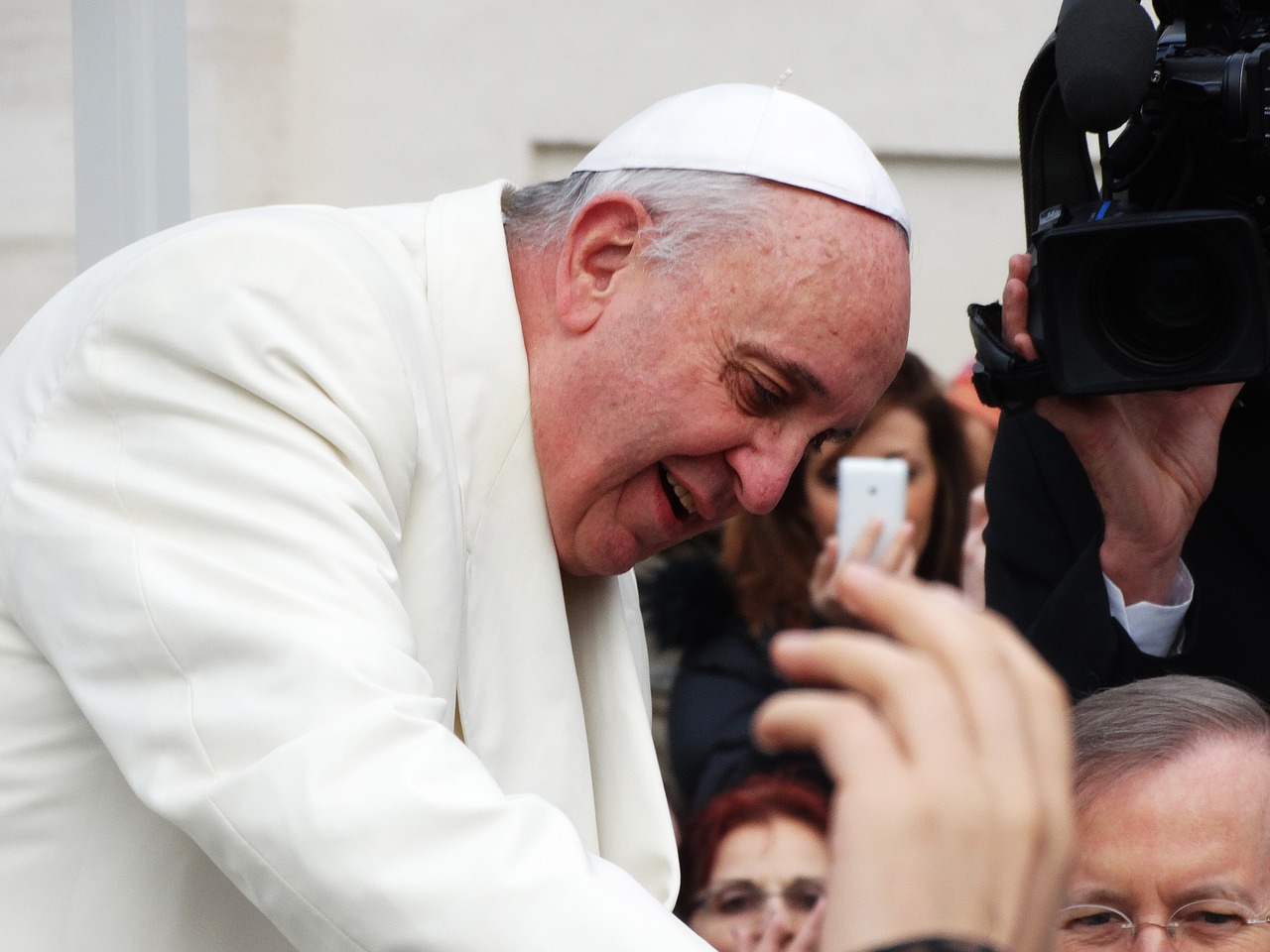 Pope Francis keeps making headlines, but not in a way that soothes all Catholics. This week CNN reported that “Pope says Christians should apologize to gay people”, a story which was relayed by NPR as “Pope Francis: Church Should Apologize To Gays And Other Marginalized Groups”.

As usual, this upset a few Catholics who have been muttering that this upstart Argentine Jesuit is selling the family silver. Amongst some malcontents, you might even hear demands for his resignation, so exasperated are they with press reports in which he appears to contradict or weaken traditional Catholic teaching.

And this is just the latest controversy. The long list of surprises that the Pope has sprung on his faithful began in 2013 with his comment in an airborne press conference: “If a person is gay and seeks the Lord and has good will, well, who am I to judge them?” Those words have been quoted so often that they have defined his Papacy.

Well, I’m a fan of Pope Francis and I don’t think that there is anything to worry about. Perhaps he should get a new press secretary, but his Catholic critics shouldn’t get their knickers in a knot. Here are seven reasons why.

1. THE POPE IS often badly misreported. Take his recent comment about gays.

He clearly said “we Christians”, meaning us individuals, not the Catholic Church as the teacher of truths revealed by Christ. Doesn’t that make sense? If I have ever slighted a homosexual, I ought to apologize for my lack of charity. But what the Pope did not do and had no intention of doing was apologizing for the Catholic view that homosexual acts (not persons) are “intrinsically disordered”.

Gay journalist German Lopez recognized this instantly. “The pope gets a pass on his anti-gay views, simply because, in comparison to his predecessors, his rhetoric is nicer. That may make him slightly progressive compared to some members of his church, but it’s far from liberal on gay issues.”

2. ALTHOUGH HE IS accustomed to public speaking, Pope Francis is not a polished performer. John Paul II was a trained actor; Benedict XVI was an academic with an extraordinary gift for precision. Pope Francis is spontaneous and sometimes makes mistakes.

Earlier this month, in response to a question in an open forum, the Pope said that “the great majority” of Catholic marriages are invalid because the couples do not enter the union with an expectation of permanence. “Great majority”? That sounds odd — and it was odd. He corrected it in the official version to “some”, which any experienced canon lawyer will agree with.

Don’t forget that despite his Italian heritage, he was educated in Spanish. Nowadays he mainly speaks in Italian, but sometimes he falters. In his “great majority” remarks he even had to create a word, “ingabbiante”, to express himself.

Cut him some slack, people! Scrutinize his written documents, not off-the-cuff comments.

3. THE POPE BRINGS a new spontaneity to the Papacy. Well, it’s not altogether new. John Paul I, who died after 33 days on the job, was a delightfully spontaneous, deeply pastoral, priest who seemed much like Pope Francis. John Paul II often spoke off the cuff, mingled with the crowds, and spoke with the press. Benedict XVI was ill at ease with the media but pushed himself to engage in open forums. He made gaffes as well. The increasingly open and engaged style of the modern Papacy has evolved still further with Pope Francis. He clearly wants to be both a pastor and a theology professor. But he’s just a Pope not Superman; he can’t do both equally well.

4. FRANCIS IS THE spiritual father to 1.2 billion people. For him the word “father” is not an empty honorific, but a weighty duty. Fatherhood is in crisis in our culture and he feels deeply his personal responsibility to embrace his children and offer them the warmth of God, but also of his own self. A real father is not supposed to be a buttoned-up, dogma-spouting robot. Let him speak his mind, even if he has to backtrack occasionally to clarify some of his words.

Do his critics want to return to the days of Pius XII who was carried into St Peter’s Basilica on the sedia gestatoria, a ceremonial throne, by 12 chamberlains, in unapproachable Byzantine splendor? Until a few decades ago the Popes were “prisoners of the Vatican”; now they are expected to be fathers to the world.

5. CATHOLIC LEARN MORE about what the Pope says from CNN and social media than they do from Sunday homilies in their local church or even the Vatican’s website. And the media will always frame the words of the Pope as controversies; that’s how the media works. Would you read an article headlined: “Pope endorses perennial validity of Sixto-Clementine version of Vulgate translation of the Bible”? In the vast majority of the Pope’s pronouncements he is reaffirming Catholic doctrine or exhorting his faithful to lead lives worthy of the Gospel, not creating controversies. Don’t be suckered by click-bait headlines.

The Pope is not the only public figure to make gaffes. Remember when the Leader of the Free World, the Man with the Finger on The Button, President Ronald Reagan, said “My fellow Americans, I’m pleased to tell you today that I’ve signed legislation that will outlaw Russia forever. We begin bombing in five minutes.” Dumb? Yes. Damaging? No.

7. THERE ARE PUBLIC men who have a gift for precision, for le mot juste, for pleasing with polished phrases, for sound bites which win votes without making waves, for promises so vague they need never be kept, for words so vacuous they can never be criticized. Spineless creatures like this are called politicians. Do Catholics really want a politician for a Pope?

This article by Michael Cook was originally published on MercatorNet.com under a Creative Commons License. If you enjoyed this article, visit MercatorNet.com for more. The views expressed by the author and MercatorNet.com are not necessarily endorsed by this organization and are simply provided as food for thought from Intellectual Takeout.  ?