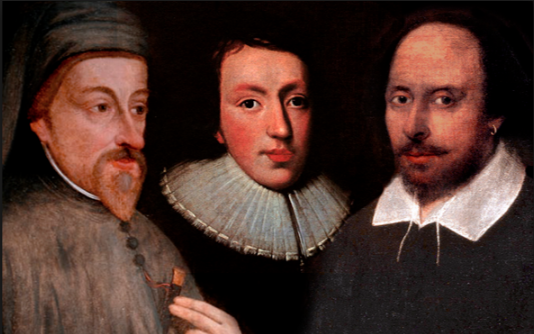 The petition starts out polite enough.

“We, undergraduate students in the Yale English Department, write to urge the faculty to reevaluate the undergraduate curriculum.”

Then it gets a little chippy.

We oppose the continued existence of the Major English Poets sequence as the primary prerequisite for further study. It is unacceptable that a Yale student considering studying English literature might read only white male authors. A year spent around a seminar table where the literary contributions of women, people of color, and queer folk are absent actively harms all students, regardless of their identity.

We ask that Major English Poets be abolished, and that the pre-1800/1900 requirements be refocused to deliberately include literatures relating to gender, race, sexuality, ableism, and ethnicity.

The petition concludes with a declaration that is a bit snobby.

It is your responsibility as educators to listen to student voices. We have spoken. We are speaking. Pay attention.

First, a look at who these major English poets are. Shakespeare. Chaucer. Milton. And then there are men such Edmund Spenser, John Donne, Alexander Pope, William Wordsworth, and T.S. Eliot. Not bad company, eh?

Is it too much to ask English literature majors to take a couple classes to study the men who shaped the language and gave it great beauty? Apparently so.

The petition says students in these classes “are made to feel so alienated that they get up and leave the room.”

From where does this alienation spring? Is it from the works of the great poets? Or is it the fact that they are white, male, and heterosexual?

“The English Department was not my intellectual home, and that’s because it openly rejects the very legitimate scholarship, criticism and analysis that many other academic departments at Yale embrace….In my four years as an English major, I primarily was lectured by old, white men about rape, about violence, about death, about colonialism, about genocide, and I was repeatedly told by many of my professors that these evils were necessary or even related to spiritual enrichment. This was horrifying.”

I don’t know Ms. Miele, and I have no wish to impugn her. But does anyone believe that Yale English professors are closet colonialist sympathizers who implied rape and genocide are not that big a deal?

Is it not more likely this is another example of the inability of today’s students to engage in civil discourse without being offended? A demonstration of their determination to erase from discussion (and, thus, thought) ideas that make them feel uncomfortable?

Whatever lies behind the motivation, to overlook the artistry and soul of these great poets who happened to be white, male, and presumably heterosexual is a mistake and exceptionally obtuse.

Katy Waldman, writing at Slate, made this point rather effectively:

For all the ways in which their particular identities shaped their work, these writers tried to represent the entire human condition, not just their clan. A great artist possesses both empathy and imagination: Many of Shakespeare’s female characters are as complexly nuanced as any in circulation today, Othello takes on racial prejudice directly, and Twelfth Night contains enough gender-bending identity shenanigans to fuel multiple drag shows and occupy legions of queer scholars. The “stay in your lane” mentality that seems to undergird so much progressive discourse—only polyamorous green people really “get” the “polyamorous green experience,” and therefore only polyamorous greens should read and write about polyamorous greens, say—ignores our common humanity.

I couldn’t have said it better myself.