When Democrats Were Opposed to a Centralized, Bureaucratic Education System 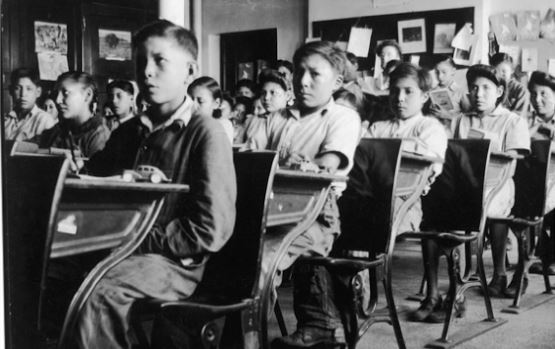 Today’s Democratic Party in America is considered the foremost advocate of a centralized, bureaucratic, and high-spending public education system.

But in 19th-century Massachusetts, where our current public education system originated, the opposite was the case. It was the Democratic Party that was the major opponent of the spread of the government’s tentacles over education.

This is revealed by scholars Carl Kaestle and Maris Vinovskis in their respected book Education and Social Change in Nineteenth-Century Massachusetts. After examining in detail the Massachusetts’ House of Representatives’ vote to abolish the board of education and teacher training schools in March 1840, they offer the following summary:

“Most Democrats did not share the Whig enthusiasm for spending state money to create and maintain teacher seminaries—partly because many Democrats did not see the need for a corps of professionally trained teacher and partly because they felt that the task could be adequately handled by the existing private academies. An even more fundamental disagreement between Whigs and Democrats was over the proper role of state government in education. The Whigs argued that positive government intervention was a necessary and useful means of improving the quality of public school throughout the commonwealth. The Democrats, on the other hand, felt that any increased state interference in local educational matters created the potential, if not the reality, of a centralized state school system that would dictate how children were to be educated. Furthermore, many Democrats felt that the board of education and the normal schools [where teachers were trained] were unnecessary state expenses at a time when the state needed to retrench its expenditures.

Horace Mann and the Whigs never fully appreciated the depth of the fears of the Democrats that the creation of a state agency to do good might eventually result in a serious danger to freedom within the Republic.”

How things have changed since then!