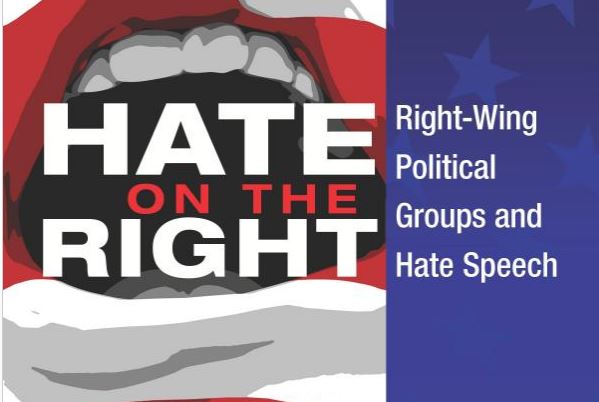 Does hate speech only emanate from the right? That is the conclusion one could reasonably reach from one University of North Carolina professor’s course.

The University of North Carolina offers a communications course about the dangers of hate speech, which the course’s professor openly blames on the political right.

The class, titled “Hate Speech” and designated by the course number COMM 624, is taught by Dr. Michael S. Waltman, who has written and co-authored several books about hate speech, including The Communication of Hate, which “examines the strategic manipulation of hatred in [Americans’] everyday lives by politicians, political operatives, and media personalities.”

According to the course catalog, the class was designed “to expose students to the nature of hate in American life . . . [that] is sustained through the imposition of racist, sexist, and heterosexist ideologies that privilege Whiteness, maleness, and heterosexuality.”

If that’s not clear enough, Dr. Waltman’s newest book is titled—you guessed it—Hate on the Right: Right-Wing Political Groups and Hate Speech. It has zero reviews. (Readers, however, can purchase a paperback copy for just $40.95.)

It’s not difficult to surmise the subject matter of Waltman’s book, but please indulge me nonetheless.

This book examines the ways that hatred comes alive in language and discourse. It asks whether much of the discourse on the political right (1) – that which attacks their enemies – is hate speech. Extending Michael Waltman’s previous work on hate speech, this book examines the discourse and language produced by a variety of right-wing (2) groups and attempts to determine the homology that exists among their discourses. These groups, which include the racist right wing (3), the political right wing (4), the Christian right wing (5), and the paramilitary right wing (6), are examined respectively through the lenses of the film White Apocalypse, the book Atlas Shrugged, the Left Behind trilogy of movies, and the web pages maintained by the Republic of the United States of America and the National Rifle Association. (numbers mine)

Has anyone ever even heard of the film White Apocalypse let alone watched it? Anyone? No? Huh, me either.

Second, what does UNC expect impressionable young minds to take away from this course? Need we guess what Waltman’s take is on each of these “right-wing extremist groups”? Is it unreasonable to assume that malleable young minds exposed to a one-sided narrative are more likely to be polluted than enlightened? Is there not an academic responsibility to demonstrate that hate historically has taken many forms and has emanated from various ideologies and political systems?

Third. The definition of the word hate is “the feeling of intense or passionate dislike for someone or something.”

Would I be wrong to assume that more of that “passionate dislike” will be spawned, nursed, and nurtured in Waltman’s course?