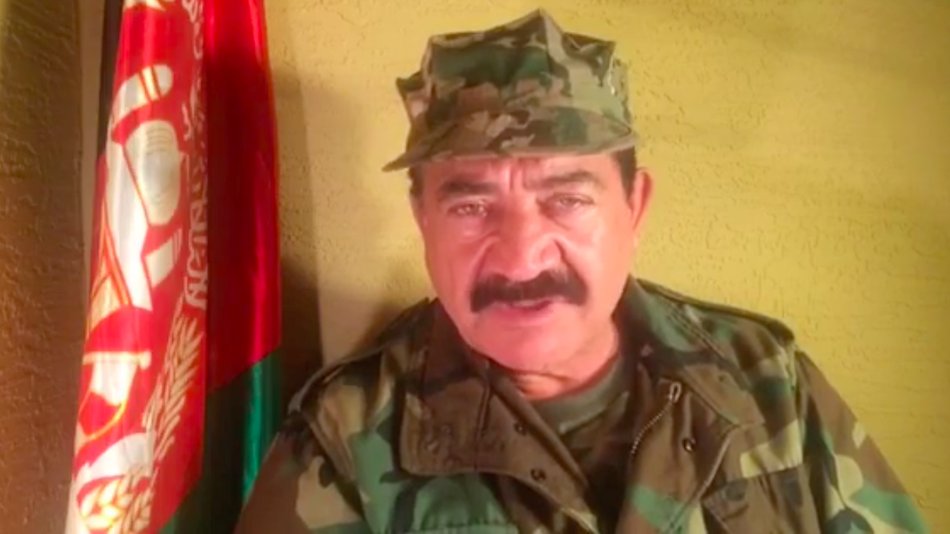 Due to digging by CBS News, it appears that in the case of the Orlando terrorist Omar Mateen that the apple didn’t fall far from the tree.

While Omar Mateen was born in the U.S., his father Seddique Mir Mateen was an immigrant from Afghanistan. According to CBS News, “the Orlando gay club gunman’s father has well-known anti-American views and is an ideological supporter of the Afghan Taliban.” The news agency continues:

Seddique Mateen hosts a program on a California-based satellite Afghan TV station, aimed at the Afghan diaspora in the in the U.S., called the ‘Durand Jirga Show.’

A senior Afghan intelligence source tells CBS News correspondent Lara Logan that the show is watched by some in people in Afghanistan but the primary audience is ethnic Pashtun Afghans living in the U.S. and Europe.

The name of the show references the Durand line, the disputed border between Afghanistan and Pakistan that was established in the 19th century by Britain. It has long been at the heart of deep-seated mistrust between Afghans and Pakistanis.

Seddique Mateen once campaigned in the United States for current Afghan President Ashraf Ghani — seen as a moderate leader — who appeared on his program in 2014. But since then Seddique has turned against Ghani in both his broadcasts and numerous videos posted to a Facebook account.

In his Facebook videos, the alleged gunman’s father has often appeared wearing a military uniform and declaring himself the leader of a ‘transitional revolutionary government’ of Afghanistan. He claims to have his own intelligence agency and close ties to the U.S. Congress — assets he says he will use to subvert Pakistani influence and take control of Afghanistan.

After watching his videos — none of which were recorded in English — CBS News’ Ahmad Mukhtar said it seemed possible that Seddique Mateen is delusional. ‘He thinks he runs a government in exile and will soon take the power in Kabul in a revolution,’ notes Mukhtar.

He was ‘not aware what complexities he had in his heart, and what caused him to go to this gay and lesbian club and shoot 50 people,’ he said in Dari, one of the two official languages of Afghanistan.

He added that ‘in this month of Ramadan, the gay and lesbian issue is something that God will punish,’ though ‘the servants of God shouldn’t have anything to do with it,’ and he was saddened by the shooting.

You can watch Seddique Mir Mateen’s response to the CBS News coverage here:

It’s certainly not hard to see how Omar Mateen came to hold his views based on the likely conversations that took place in the Mateen household. Sometimes children rebel against the worst of their parents’ traits. Other times, they unfortunately carry them forward and sometimes even heighten them.

The issue of Omar’s father raises, of course, another broader issue of culture and immigration. While Omar was geographically born in the U.S., it does not seem that he was actually born into the culture of the United States.

While the father talks about raising his son to be a servant of America, in this case it’s more than fair to argue that actions speak louder than words. And the actions of both Omar and his father reveal a failure to assimilate.

With that in mind, is it fair to consider the cultural backgrounds of individuals and the process of assimilation? As we’ve commented on in the past, Norway, Finland, and other European countries are now having to teach immigrants “how to behave” as non-Western immigrants flood their countries. For example:

‘So in Finland,’ she says softly, ‘you can’t buy a wife. A woman will only be your wife if she wants to be – because here women are men’s equals.’

‘But you can go out to the disco with a woman here,’ adds Johanna brightly. ‘Although remember, even if she dances with you very closely and is wearing a short skirt, that doesn’t mean she wants to have sex with you.’

As the U.S. and the West grapples with large migrations of people from non-Western cultures, we may find ourselves having to work much harder on assimilation and having tougher discussions on immigration. That will also force us to have a difficult discussion about our national identity.