Is a War Against the Family Being Waged in the West? 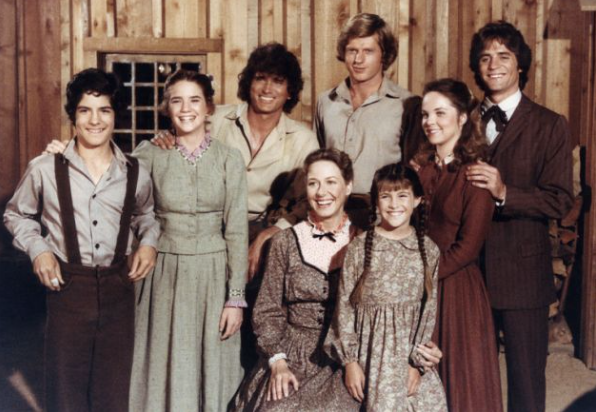 For decades, now, Christians have worried about the progressive push to strip naked the public square by forcing religion into the shadows of a private sphere. Recent events have made clear that this is not the case. Everything is public and political to the secular left. All aspects of our lives are fair game in the attempt to impose a new structure of individual choice monitored by a soft despotism overseen by professionals in government and education.

The family has become the center of the culture wars because it is where people’s characters are formed. Even as our educational institutions from pre-K through college become increasingly brazen in their drive to indoctrinate young people into an ideology of victimization, resentment, and individual entitlement, too many resist for the taste and comfort of progressives. Homeschoolers, parochial parents, and others still manage to raise millions of children devoted to faith, family, and freedom. And so the family, in particular, has come under assault in the name of choice, social justice, and an end to oppression.

The connection between Christianity and the traditional family of man, wife, and children is quite strong. Not only Catholics, who can look to the writings of Saint John Paul II among many others, but members of Orthodox, Calvinist, and Lutheran traditions are tied to “gendered” understandings of the family. The scriptural basis of this understanding are now, of course, considered utterly off-limits in public discourse. That being the case, their bases in moral anthropology now are attacked as “sexist” and therefore oppressive and dangerous to society and individual mental health. This, I think, poses for conservatives and Christians, in particular, the real question of our age: How do we continue to exist and lead decent lives in a culture that brands decent lives oppressive and dangerous?

At a conference I attended recently (convened to address contemporary challenges to Christian culture) one speaker addressed head-on a central problem with Christian responses to our secular culture: As a rule, we do not have enough children and we do not teach them from a young age their essential familial roles as male breadwinners and female nurturers. For any Catholic, and any Christian who has taken the time to understand the fundamentals of our beliefs and traditions, it is undeniable that the sexes are different and are by nature suited to different roles within the fundamental unit of society, namely, the natural family. The vast majority of thinking Christians know this while the vast majority of secular Westerners reject it as a matter of unthinking ideological prejudice, so there really is no sense at this late date in attempting to argue over it. This is at the root of Rod Dreher’s “Benedict Option” proposal for Christians to concentrate their efforts on rebuilding faithful communities in the face of the cultural aggression of our public institutions.

The question remains, then, of how we are to renew our culture in the face of hostility toward our very sense of being and purpose. The speaker at the conference rightly pointed out that the beginning of any coherent response must be procreation. As a faith rooted in love of life this should make sense to all Christians. We all have a duty to recognize the great gift of life and to live accordingly, particularly in our sex lives, tying them to family and openness to the gift of life. More than this, however, we must teach our children to welcome life, not as an addition of little “bundles of joy” alone, but as a calling, in which men and women have distinct, complementary roles.

A way of life rooted in the recognition of our most essential purpose—to bring forth new persons and rear them in the ways of the Lord—is not easy. And, as our speaker pointed out (with, alas, a good bit of anger) too many Christians who claim to recognize its good do not live it in practice. Too many of us delay marriage until quite late, practice contraception, and/or buy into the contemporary ideology that says boys and girls must be taught that they may have all possible life choices (education and career chief among them) while still leading full Christian lives.

Clearly much of the problem has to do with the failure of persons, communities, and even churches to clearly and fully reject the ideology of individual choice in favor of a call to Christ, community, and service within our natural roles. But there is more to our current predicament than ideology. Our culture is dying not just because of frontal assaults from radical individualists, but also from the progressive effects of their ideology, and of modern economics, on our economy and our economic expectations. It also is dying because of abortion and its direct and indirect effects on family formation.

To take my second point first, not only has the abortion culture resulted in millions fewer children surviving until birth, it has denied to those of us who have been unable for various reasons to have more children of our own, a reasonable chance to adopt. Our speaker’s jeremiad was aimed at families with only two children. But my own family consists of only two parents and two (wonderful) children. Not all small families are small by choice—ours certainly is not. And we found for some time that adoption was prohibitively expensive or so tinged with statist ideology and humiliating procedures (principally through foster care) that I was unable to go through it. I know families who have been luckier in adoption (laws and institutions vary wildly by state) and some who have had the tenacity and virtue to adopt through foster care, so I was weak not to go through with it despite the costs. But I have no doubt that many other families fail to adopt for the same reasons as me (my wife, trooper that she is, would have done whatever was necessary to adopt).

One can dismiss my failure to adopt as mere weakness, and I offer no excuse. That said, many, many people in our culture today face similar circumstances that cause them to fail to answer a very difficult call to virtue in forming families. We all know many families that started late because it has become difficult for Christians to find one another in secular society, colleges now being intentionally both anti-Christian and atomizing. Other families do not start because of the drive for material well-being—couples do not marry until their careers are “off the ground” and settled. This latter, all-too-common source of non-procreation also may be chalked up to weakness, ideology, or even greed. But Christians need to address it, along with a related cultural outgrowth of the modern economy: the dearth of good jobs for men. It is all too easy to condemn small families when the fathers, in particular, are concerned with the basic fact that they do not make enough money to support a large, traditional family. Ironically, this is a particular problem among academics, where men find it all but impossible to find decent jobs amid the call for “diversity” defined as anyone but (by definition oppressive) white males. Women at times are literally forced to become breadwinners—even primary breadwinners—because of cultural hostility toward their husbands. It is all well and good to tell that husband to “man up” and get a better job, but there often are no better jobs available.

I have no satisfactory answers to these quandaries. But I do think it is important that we as communities of faith recognize the need to address them in a loving manner if we are to solidify our families in our current, difficult times. As we do so I am convinced that we need to be careful to emphasize the equal dignity of men and women in defending the traditional family. My own daughter has no discernible feminist leanings, in part because she knows that she is valued by God, her family, and her community as a full human being whose nature is different from but of equal value to her brother. Her brother rejected calls to the priesthood early on because he has wanted, from early on, to be a husband and father. Both our children are great blessings and our major concern as parents is to get them to the right college for them: one that will provide a good education in an atmosphere that nurtures their faith and introduces them to the people who will serve as their most abiding source of friends and potential spouses outside their home town.

This points to the work that remains to be done. We must reclaim at least some colleges and universities for our own. We must do everything we can to foster a culture of life at least within our own communities, recognizing that contraception, as Catholics have been taught decade after decade, undermines our openness to life and teaches people to see family as merely an extension of self, to the detriment of both. And we must find some way to foster the economic well-being of traditional families in which men have decent enough jobs to provide the financial necessities for large families with wives and mothers who can concentrate on the indispensable work of rearing children of good character.