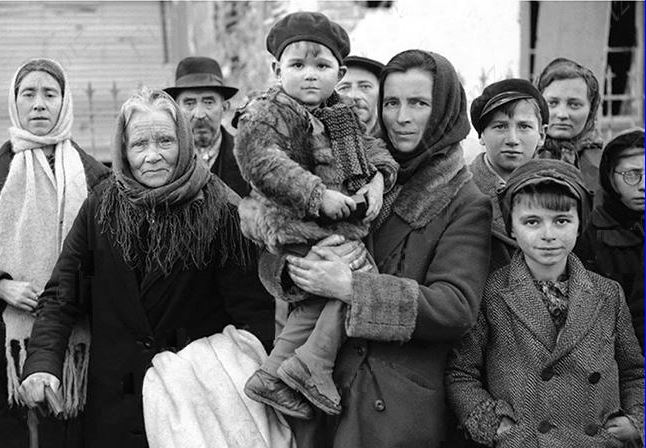 At the peak of World War II, when Adolf Hitler’s war machine still seemed destined to create his dream of a Third Reich, hundreds of thousands of Europeans found themselves without safe haven.

It was April 1941. Hitler and Stalin had already divvied up Poland, and the Germans had swallowed most of Western Europe. On April 6, Hitler ordered his Wehrmacht to invade Yugoslavia and Greece, an effort to secure Germany’s flank for the Fuhrer’s upcoming attack on the Soviet Union.

Europeans—largely women and children from Bulgaria, Croatia, Greece, Turkey and Yugoslavia—fled the onslaught. Where would they go?

Some fled to the Aegean. Others found haven in Cyprus.

But most found refuge in camps set up in Syria, Egypt, and Palestine. These locations had been created as part of a program called MERRA (Middle East Relief and Refugee Administration).

MERRA, an idea of the British, leveraged help from humanitarian organizations such as the International Migration Service, the Red Cross, the Near East Foundation and the Save the Children Fund.

Public Radio International recently published a wonderful exposé on what life in these camps looked like.

Evan Taparata, a Ph.D. candidate in History student at the University of Minnesota, told PRI that conditions in these camps were much like those in which refugees live in today.

Rations were given, marketplaces were established, and work programs were put in place. (Some camps, not all, required adults to work.)

For children, schools and playgrounds were created. One MERRA official remarked that schools in some camps “compared favorably” to those in the United States.

MERRA officials agreed that it was best for children in refugee camps to have regular routines. Education was a crucial part of that routine. For the most part, classrooms in Middle Eastern refugee camps had too few teachers and too many students, inadequate supplies and suffered from overcrowding. Yet not all the camps were so hard pressed. In Nuseirat, for example, a refugee who was an artist completed many paintings and posted them all over the walls of a kindergarten inside the camp, making the classrooms “bright and cheerful.” Well-to-do people in the area donated toys, games, and dolls to the kindergarten…

MERRA camps were not the only such camps in the Middle East, or even the largest.

A Washington Post report this week noted that several hundred thousand Poles were settled in Iran between 1939-1941 as they fled persecution under the regimes of Stalin and Hitler.

For many Poles, arriving in Iran was a huge relief, a respite from the trauma of Nazi and Soviet atrocities. They were largely greeted with open arms by their hosts. “The friendly Persian people crowded round the buses shouting what must have been words of welcome and pushed gifts of dates, nuts, roasted peas with raisins and juicy pomegranates through the open windows,” recalled one Polish schoolteacher who took up residence in the city of Isfahan.

These stories, of course, come to light as Western nations face a growing migrant crisis from Syria. An estimated three million people have either fled or been displaced from the war-torn nation.

The crisis has sparked fierce moral and political debate, debates that are unlikely to end anytime soon.

Can we learn anything from programs such as MERRA that could offer solutions to the current refugee crisis? Will the knowledge that these camps existed in the Middle East shape the current debates? Are the situations alike or dissimilar?

I’m not sure yet. But how these questions are answered could end up shaping the lives of millions of displaced Syrians.