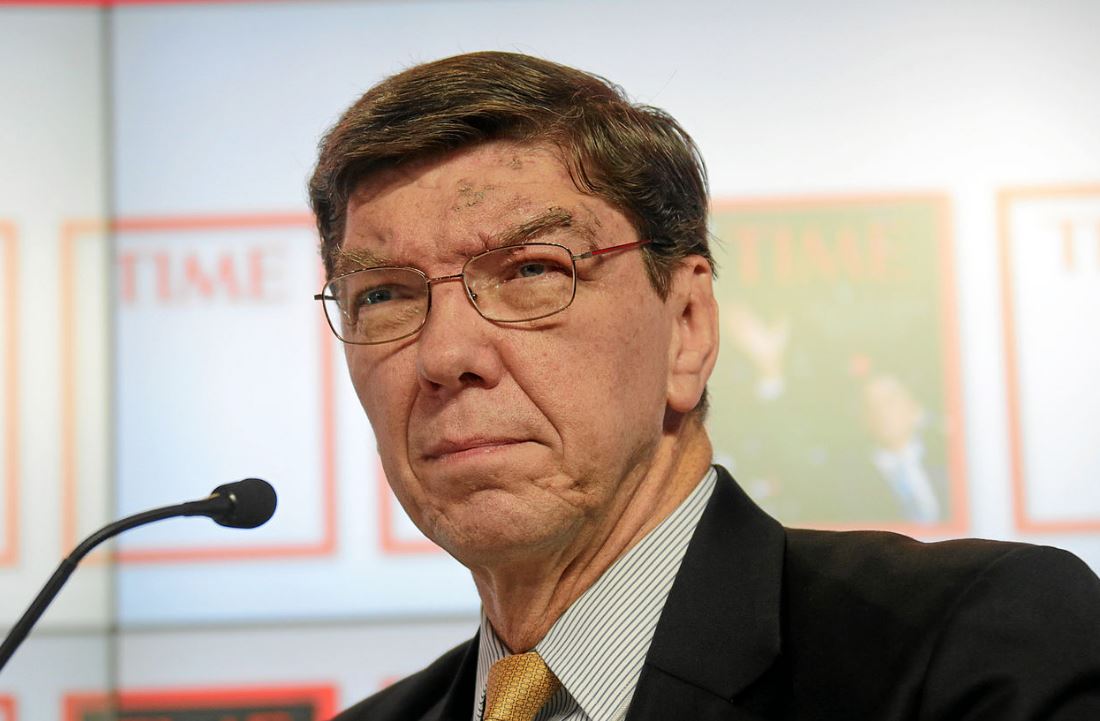 John Adams once said that the U.S. Constitution “was made only for a moral and religious people.”

He seems to have an ally in Harvard professor Clay Christensen, the scholar behind disruptive innovation theory.

Christensen, a Rhodes Scholar and the Kim B. Clark Professor of Business Administration at the college’s business school, appeared in a video that is picking up steam on Youtube.

The clip recounts a conversation the professor had with a Marxist economist from China. Christensen asked the Fulbright Scholar if anything had surprised him during his visit to the states.

This was the response he received, as told by Christensen:

I had no idea how critical religion is to the functioning of democracy.

The reason why democracy works, is not because the government was designed to oversee what everybody does. Rather, democracy works because most people most of the time voluntary choose to obey the law.

In your past, most Americans attended a church or a synagogue every week, and they were taught there by people who they respected. Americans followed these rules because they had come to believe they were uncountable to society, they were accountable to God.

Christensen said the conversation heightened a concern that had been nagging at him for a while. As religion loses its influence, what will happen to democracy?

Where are the institutions that are going to teach Americans that they, too, need to voluntarily choose to obey the laws. Because if you take away religion, you can’t hire enough police.

In tone, the video seems a bit like a public service announcement. What I mean is that there is not much here that is likely persuade anyone who disagrees with Christensen on this point. (It’s only a two-minute clip, after all.)

I imagine that people of Judeo-Christian faith will largely nod their head at his message, while those who don’t practice religion will tend to find the message banal or offensive. (I say Judeo-Christian, because that is what I think Christensen and Adams mean when they say religion. Notice, for example, that Christensen uses the words “churches” and “synagogues,” not mosques and temples.)

Is there anything to support Christensen’s idea?  Yes and no.

First, it’s worth pointing out that, like Christensen, most of the Framers believed religion was indispensable to their republican experiment. George Washington, Gouverneur Morris, Samuel Adams, and Benjamin Rush all, like Adams, explicitly stated that good government cannot exist absent sound religious principles. Many others implied this to be the case.

These were wise men, to be sure; but they were just men. And men are prone to fallacious reasoning, group think, insincerity, etc.

So what does the human experience tell us?

Historically, democracy has thrived in ancient empires such as Athens and Rome. Though religion existed in both places, it’s difficult to determine with much precision how important religion was to these civilizations and the people who practiced it.

More recently, we’ve seen social-democracy flourish in many parts of the world—Japan, Czech Republic, France, the Netherlands, Austria, Australia, and Ireland—where a majority of people describe themselves as either atheist or non-religious. The decline in religiosity in most of these nations is relatively new, however, so one could easily counter that it remains to be seen if these atheist-leaning nations can withstand the test of time.

What do you think: Is religion a key component of democracy?