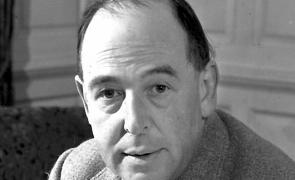 America’s education system is increasingly “democratic.” It expends tremendous amounts of money and energy on ushering all students toward college and on closing “gaps” between high- and low-performing students.

But according to C.S. Lewis, these concerns indicate a wrong understanding of democracy as it applies to education—one that indeed threatens a nation’s survival.

In 1944 he wrote the following little-known essay titled “Democratic Education.” I quote it at length not only because it is so germane to the educational issues America faces today, but because it offers an important warning about applying the concept of equality with too broad a brush:

For example, an education which gave the able and diligent boys no advantage over the stupid and idle ones, would be in one sense democratic. It would be egalitarian and democrats like equality. The caucus race in Alice in Wonderland, where all the competitors won and all got prizes, was a ‘democratic’ race: like the Garter it tolerated no nonsense about merit. Such total egalitarianism in education has not yet been openly recommended, but a movement in that direction begins to appear. It can be seen in the growing demand that subjects which some boys do very much better than others should not be compulsory. Yesterday it was Latin — today, as I see from a letter in one of the papers, it is Mathematics. Both these subjects give an ‘unfair advantage’ to boys of a certain type. To abolish that advantage is therefore in one sense democratic.

But of course there is no reason for stopping with the abolition of these two compulsions. To be consistent we must go further. We must also abolish all compulsory subjects, and we must make the curriculum so wide that ‘every boy will get a chance at something’. Even the boy who can’t or won’t learn his alphabet can be praised and petted for something — handicrafts or gymnastics, moral leadership or deportment, citizenship or the care of guinea-pigs, ‘hobbies’ or musical appreciation — anything he likes. Then no boy, and no boy’s parents, need feel inferior.

An education on those lines will be pleasing to democratic feelings. It will have repaired the inequalities of nature. But it is quite another question whether it will breed a democratic nation which can survive, or even one whose survival is desirable.

The improbability that a nation thus educated could survive need not be labored. Obviously it can escape destruction only if its rivals and enemies are so obliging as to adopt the same system. A nation of dunces can be safe only in a world of dunces.

The demand for equality has two sources — one of them is among the noblest, the other is the basest of human emotions. The noble source is the desire for fair play. But the other source is the hatred of superiority. At the present moment it would be very unrealistic to overlook the importance of the latter. There is in all men a tendency (only corrigible by good training from without and persistent moral effort from within) to resent the existence of what is stronger, subtler or better than themselves. In uncorrected and brutal men this hardens into an implacable and disinterested hatred for every kind of excellence. The vocabulary of a period tells tales. There is reason to be alarmed at the immense vogue today of such words as ‘highbrow’, ‘upstage’, ‘old school tie’, ‘academic’, ‘smug’, and ‘complacent’. These words, as used today, are sores — one feels the poison throbbing in them.

The kind of ‘democratic’ education which is already looming ahead is bad because it endeavors to propitiate evil passions — to appease envy. There are two reasons for not attempting this. In the first place, you will not succeed. Envy is insatiable. The more you concede to it the more it will demand. No attitude of humility which you can possibly adopt will propitiate a man with an inferiority complex. In the second place, you are trying to introduce equality where equality is fatal.

Equality (outside mathematics) is a purely social conception. It applies to man as a political and economic animal. It has no place in the world of the mind. Beauty is not democratic — she reveals herself more to the few than to the many, more to the persistent and disciplined seekers than to the careless. Virtue is not democratic — she is achieved by those who pursue her more hotly than most men. Truth is not democratic — she demands special talents and special industry in those to whom she gives her favors. Political democracy is doomed if it tries to extend its demand for equality into these higher spheres. Ethical, intellectual, or aesthetic democracy is death.

A truly democratic education — one which will preserve democracy — must be, in its own field, ruthlessly aristocratic, shamelessly ‘highbrow’. In drawing up its curriculum it should always have chiefly in view the interests of the boy who wants to know and who can know (with very few exceptions they are the same boy). The stupid boy, nearly always, is the boy who does not want to know. It must, in a certain sense, subordinate the interests of the many to those of the few, and it must subordinate the school to the university. Only thus can it be a nursery of those first-class intellects without which neither a democracy nor any other State can thrive.”

In the end, Lewis regarded a radically-egalitarian understanding of education as enslaving. A truly democratic society, he believed, is one that gives students the opportunity to either flourish in school or turn their backs on it. It allows great intellects to thrive, and offers other avenues for those less academically inclined.