America’s Decline of Knowledge: Where Will it Lead? 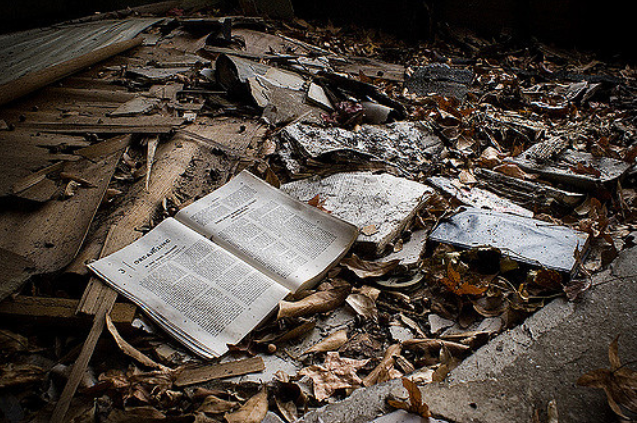 The Atlantic recently ran an article suggesting that many college students are earning business degrees in order to gain the hands-on skills they’ll need to land a job.

But in the process of focusing on those hands-on business skills, The Atlantic also expressed concern that students may be missing out on learning the “writing or critical-thinking skills they’ll require to succeed over the course of their careers.”

This worry is rather similar to one shared by Calvin Coolidge in 1921. Speaking to the Annual Meeting of the American Classical League, Coolidge noted America’s need to study and learn the great ideas of the past in order to succeed in the future. These great ideas, Coolidge noted, are found in classical literature and the study of Greco-Roman history and its languages.

So why is it important for students to learn about these classic ideas and thought processes of the past? Coolidge offered five reasons:

“For many centuries, in education, the classics have meant Greek and Latin literature. It does not need much argument to demonstrate that in the Western world society can have little liberal culture which is not based on these. Without them there could be no interpretation of language and literature, no adequate comprehension of history, no understanding of the foundations of philosophy and law.”

2. It ensures our continued greatness as a nation.

3. It aids our ability to make connections and answer life’s questions.

“No question can be adequately comprehended without knowing its historical background. Modern civilization dates from Greece and Rome. The world was not new in their day. They were the inheritors of a civilization which had gone before, but what they had inherited they recast, enlarged, and intensified and made their own, so that culture took on a distinctive form….”

4. It moves us beyond the superficial.

“Education is primarily a means of establishing ideals. Its first great duty is the formation of character, which is the result of heredity and training. … It is not only because the classical method has been followed in our evolution of culture, but because the study of Greek and Latin is unsurpassed as a method of discipline. Their mastery requires an effort and an application which must be both intense and prolonged. They bring into action all the faculties of observation, understanding, and reason. To become proficient in them is to become possess of self-control and of intelligence, which are the foundations of all character.”

But so what, right? We live in 21st century America surrounded by knowledge obtained at the swipe of a finger or a click of a button. What difference will it make if we don’t learn and process the great ideas of the past?

“Unless Americans shall continue to live in something more than the present, to be moved by something more than material gains, they will not be able to respond to these requirements and they will go down as other peoples have gone down before some nation possessed of a greater moral force. The will to endure is not the creation of the moment; it is the result of long training.”

If we are willing to let our knowledge of the past slip through our fingers, are we also willing to kiss goodbye the freedoms and material goods we daily enjoy as well?