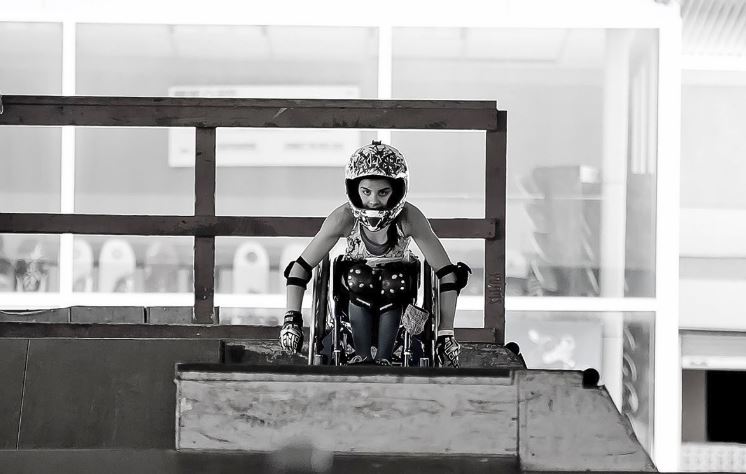 Today the film Me Before You, based on a 2012 novel of the same title, opens in theaters throughout the U.S. and Britain. It centers on a talented man, Will Traynor, whom a motorcycle accident made quadriplegic; he no longer finds life worth living and commits suicide calmly, with a bit of help, after much forethought and planning. What’s interesting is that the film depicts his decision as an act of love for those who care about him. He’s a burden; why should others with lives to live be so burdened?

Even before the actual release, disability activists were indignant. At Salon, disabled writer Emily Ladau notes: “Moyes [the author of the novel] imagines a world in which disability is synonymous with misery and assisted suicide is the only solution.”

But the best critique I’ve seen is written by an 11-year-old, Ella Frech, who became confined to a wheelchair after losing the use of her legs to a virus in April 2014.

The title that Aleteia gave to Ella’s piece could be seen, cynically, as clickbait: “Me Before You: Dear Hollywood, Why Do You Want Me Dead?”

But the exaggeration isn’t all that great. The language of the entire piece is equally blunt and trenchant.

“You sit there with your able bodies, and look at people in chairs and think you feel pity for our sad little lives, but the truth is you’re afraid. You don’t want to imagine that you might be one of us one day. You think you can be perfect, and think you’d rather die than have parts that don’t work right.

Beside her prose, what’s refreshing about Ella is her politically incorrect attitude toward herself:

“Did you ask people in chairs if they’d rather be a corpse than a cripple? I bet they’d look at you like you’re crazy.

“Yes, I called myself crippled. It’s just a word. You should get over it already. You already think I should want to die, so why do you care what I call myself? Some lady told me it was demeaning to use that word and I should say “differently-abled” instead.

Well, that’s dumb. My legs don’t work. I am crippled. It’s just a fact of my life, and you need to get over it. Political correctness is around to make the Able Bodies more comfortable with the idea of me — it’s not for me. If you really cared about what I thought and wanted to treat me like a person, then you wouldn’t make movies about how the nicest thing I could do for my family would be to off myself. You should be ashamed of yourselves.”

As I’ve written before, assisted suicide is becoming almost routine in such countries as Belgium and the Netherlands. Even some of the physicians who oversee it are uneasy about approving it for the depressed or otherwise mentally ill. Yet advocacy for euthanasia and assisted suicide, which is legal in Oregon, is growing in the U.S. and Britain.

Hollywood is a huge cultural influence in general; it now seems to be trying to influence the culture in favor of assisted suicide as well.

That reflects a rather dark and utilitarian vision of life. I’m with Ella Frech. How about you?