The Actual ‘Sword in the Stone’? 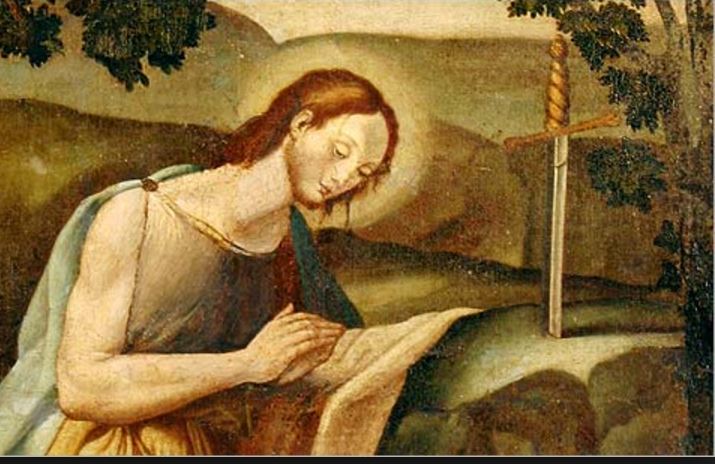 Even if you haven’t actually read a version of the legend of King Arthur, you’ve probably seen one of the movies or TV miniseries about it. I well remember the least serious: the 1963 animated Disney classic The Sword in the Stone, which many children from then on have also seen.

We just don’t have a clear factual basis for the character of King Arthur. But it looks like there is a factual basis for one part of the Arthurian legend that took shape and got embellished during the Middle Ages.

At a medieval chapel about 20 miles southwest of Siena, near the stone ruins of the medieval Abbey of San Galgano, a centuries-old sword in a stone can still be found. The ruins today are regularly used as a space for performing operas and, if I recall accurately, have also been used as a set for a few movie scenes.

The sword marks the burial place of a real person, St. Galgano Guidotti. Who was he?

Long story short, he was an illiterate, belligerent knight whose spiritual experiences led him to become a hermit dedicated entirely to prayer. The legend goes something like this:

As [Galgano] climbed the mountain on which he would devote his life to contemplation, a voice told him he had to leave all traces of licentiousness, to which the saint replied, ‘It would be easier to cut a stone with this sword to do that.’ To his surprise, when he went to stick his sword in the rock to prove his point, the sword sank smoothly. Faced with the sword, Galgano would kneel to pray for the rest of his hermit’s life.  Four years after his death he was canonized, and a chapel was built around the sword, in 1189: the ‘Rotonda della Spada.’

A recently completed history of St. Galgano by Italian academic Mario Moiragh is a “comprehensive historical-literary study comparing the history of the saint with the legends of Percival and Arthur,” according to the Catholic news site Aleteia?. Moiraghi posits that the Arthurian legend, which involved Arthur becoming king after plucking Excalibur from a stone in a courtyard, was inspired by this bit of Tuscan history.

Moiraghi’s research follows that of Luigi Garlaschell of the University of Pavia who more than a decade ago published findings confirming the artifact’s authenticity.

“Dating metal is a very difficult task, but we can say that the composition of the metal and the style are compatible with the era of the legend,” Garlaschelli told the Guardian in 2001. “We have succeeded in refuting those who maintain that it is a recent fake.”

The first written mention we have of the sword Arthur is said to have drawn from the stone comes from de Boron’s Merlin. The poem was written in the early 13th-century, a full generation or more after St. Galgano was canonized.

Of course one might say that the story of how St. Galgano’s sword got into the stone is just as legendary as King Arthur’s.

Evidence suggests that the stone in which the saint’s sword is deeply wedged covers a burial recess, presumably the tomb of St. Galgano. It’s possible that the burial vault over the recess was constructed to encase most of the sword, but nobody has explained how medieval technology might have pulled that off.

What do you think? Miracle or some crafty medieval ingenuity?