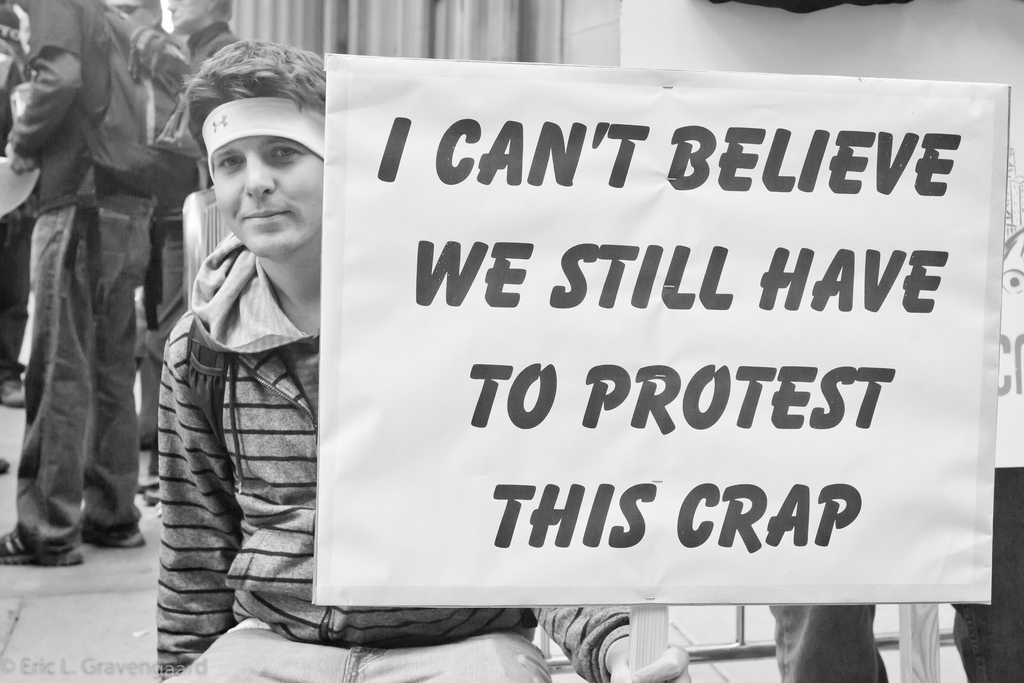 The Week reports that more than 1,300 “students at Oberlin College are asking the school to put academics on the back burner so they can better turn their attention to activism.”

Particularly offensive to students are midterms essays (they’d prefer a conversation with their professor, they say) and grades below a C.

Now, one might think that the students are just looking for a respectable excuse to avoid doing the work they’ve signed up (and paid tuition) for. And that might be the ulterior motive for some. But the college’s history suggests that most should be taken at their word.

In a way, that would be more troubling. The reasons why emerge in this in-depth story in the current issue of The New Yorker, on which the The Week’s report relies.

For one thing, there’s historical precedent at Oberlin for what the students want. The college modified its grading standards in 1970 to accommodate Vietnam War activism following the Kent State shootings.The college has a long history of progressive activism, and takes it so seriously that activism can trump the usual measures of academic success. In the last several years, political passions have been inflamed enough to create a new sense of urgency. So, to many students, it seems unfair not to make accommodations that have been made before.

A good illustration is the story of one student, Megan Bautista, who wants the grading standards relaxed to accommodate her activism. Here’s part of how Nathan Heller, author of the New Yorker story, tells it:

“I do think that there’s something to be said about exposing yourself to ideas other than your own, but I’ve had enough of that after my fifth year,” she said. She was exhausted.

Bautista identifies as “Afro-Latinx.” (The “x” signifies independence from overdetermined gender roles.) She grew up in the Bronx and attended the exclusive private school Fieldston, thanks to a recruitment program for gifted kids. She didn’t do much activism there. “There just wasn’t a critical mass of students of color who wanted the same things,” she said. “I was very much still in the Du Bois, I’m-gonna-sit-back-and-read-my-things state.” At Oberlin, Bautista’s sense of urgency sharpened. She was on campus in early 2013, when flagrantly bigoted flyers, posters, and graffiti appeared over a period of weeks. (Two undergraduates are said to have been responsible, one of whom told police that it was “a joke to see the college overreact.”) The episode led to the cancelation of all classes for a day, and galvanized many students. “I don’t want to say we were ahead of the curve or anything, but we were starting this trend of millennial activism,” Bautista told me.

Heller presents several other student stories; his editor sums it all up with a caption on a picture of a campus building: At Oberlin and elsewhere, a long-established liberal matrix is crumbling beneath a new wave of student activism.

How is it crumbling, exactly?

What academic progressives, such as those who have long ruled Oberlin, used to want to do is break down barriers between people so that everybody could get a “liberal education” in the classical sense of that phrase. That was the original point of “diversity” on campus. Students of very diverse social backgrounds could all be helped to transcend the limitations of their backgrounds by learning what, for everyone, is intrinsically worth learning. That especially involves the ability to think objectively and rigorously, so that one can fruitfully engage viewpoints other than one’s own and learn from them.

That was the old “liberal matrix.” Oberlin students seem discontented to see it merely crumbling; they wish to see it eradicated.