Magazine Declares the Death of Free Will 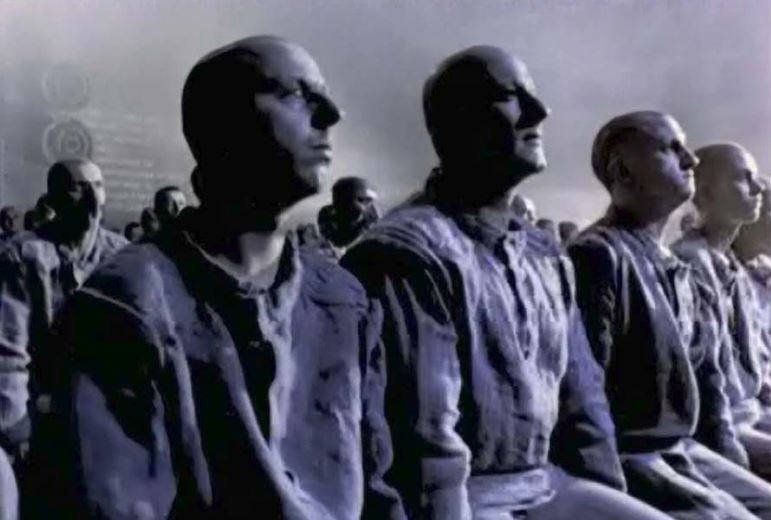 Does free will exist? Even if it does not, we’re better off believing it does.

So argues philosopher, writer, and erstwhile diplomat Stephen Cave, in the June issue of The Atlantic. But does that even make sense?

That depends on how one defines ‘free will’—a question which Cave addresses only obliquely, and to which I shall return toward the end. But let’s first understand and evaluate his core argument.

Briefly, it’s that the sciences, especially neuroscience, have been discovering more and more factors that influence our behavior and our “choices.” Genes, environment, and brain activity seem enough to explain our behavior and choices. As Cave puts it:

The 20th-century nature-nurture debate prepared us to think of ourselves as shaped by influences beyond our control. But it left some room, at least in the popular imagination, for the possibility that we could overcome our circumstances or our genes to become the author of our own destiny. The challenge posed by neuroscience is more radical: It describes the brain as a physical system like any other, and suggests that we no more will it to operate in a particular way than we will our heart to beat. The contemporary scientific image of human behavior is one of neurons firing, causing other neurons to fire, causing our thoughts and deeds, in an unbroken chain that stretches back to our birth and beyond. In principle, we are therefore completely predictable. If we could understand any individual’s brain architecture and chemistry well enough, we could, in theory, predict that individual’s response to any given stimulus with 100 percent accuracy.

Now as Cave recognizes, the thesis that the past and the laws of nature pre-determine what we think of as our choices is not new. Philosophers call that thesis ‘determinism’, and its pedigree stretches back centuries—well before modern science, as in the classical philosophers Democritus and Lucretius. What’s new, according to Cave, is that the results achieved by modern science are convincing more and more thoughtful people to become determinists, i.e. to deny there is such a thing as free will.

I’m skeptical of the claim that the tribe of determinists is waxing, even among scientists. For one thing, quantum mechanics doesn’t even require depicting the behavior of sub-atomic matter as deterministic. But that’s a side issue.

The real problem is that Cave’s argument is a non-sequitur. Even if all the above-quoted premises are true, the conclusion that there is no free will doesn’t follow.

Suppose we could reliably predict, from somebody’s given neural state at any given time, what they will do at a shortly later time. We can’t quite do that now, but Cave and others have faith that we someday could. Would it follow that the neural states themselves necessitate, without any other input from the agent, whatever comes right after them in the agent’s brain and exterior action?

No. It would follow only if one assumes that mental events, such as thoughts and choices, are totally identical with neural events. But nothing science tells us proves that premise. It’s at least conceivable, as some philosophers hold, that something else operates through brain states, so that said states are instrumental causes but not necessitating causes of action. In some cases, that something else might be a thought—or a choice.

Of course, people are much more likely to be determinists if they believe that mental states are nothing but neural states. That position is called eliminative materialism, and it’s always been held by some philosophers. But it’s always been denied by not a few others: recently, to name a few, by James Ross and Peter Geach. And whether eliminative materialism is true or not, it’s certainly not logically necessitated by “science.”

Worse, there’s a real problem just with believing determinism to be true. Cave fully acknowledges the ample body of research showing that, when people believe or assume there is no free will, their behavior becomes worse than when they do believe there’s free will.

Of course he also discusses how that negative effect can be, and is, balanced by a positive effect of believing that certain other peoples’ behavior is determined. When we believe people have no real control over their actions, we tend not to blame them for “bad” actions. That is sometimes helpful. But when we’re disposed to excuse others on the ground that they can’t be held blameworthy for their actions, we’re at least as likely to excuse ourselves in the same way, if we plausibly can. And that can’t be a good thing.

If free will is both psychologically and socially important, does that mean we need to believe a “noble lie”?

That would be giving up on the idea that the true and the good can ever quite coincide. Paying such a high philosophical price undermines the integrity of both concepts.