Is Transgenderism Social, Medical or Legal? 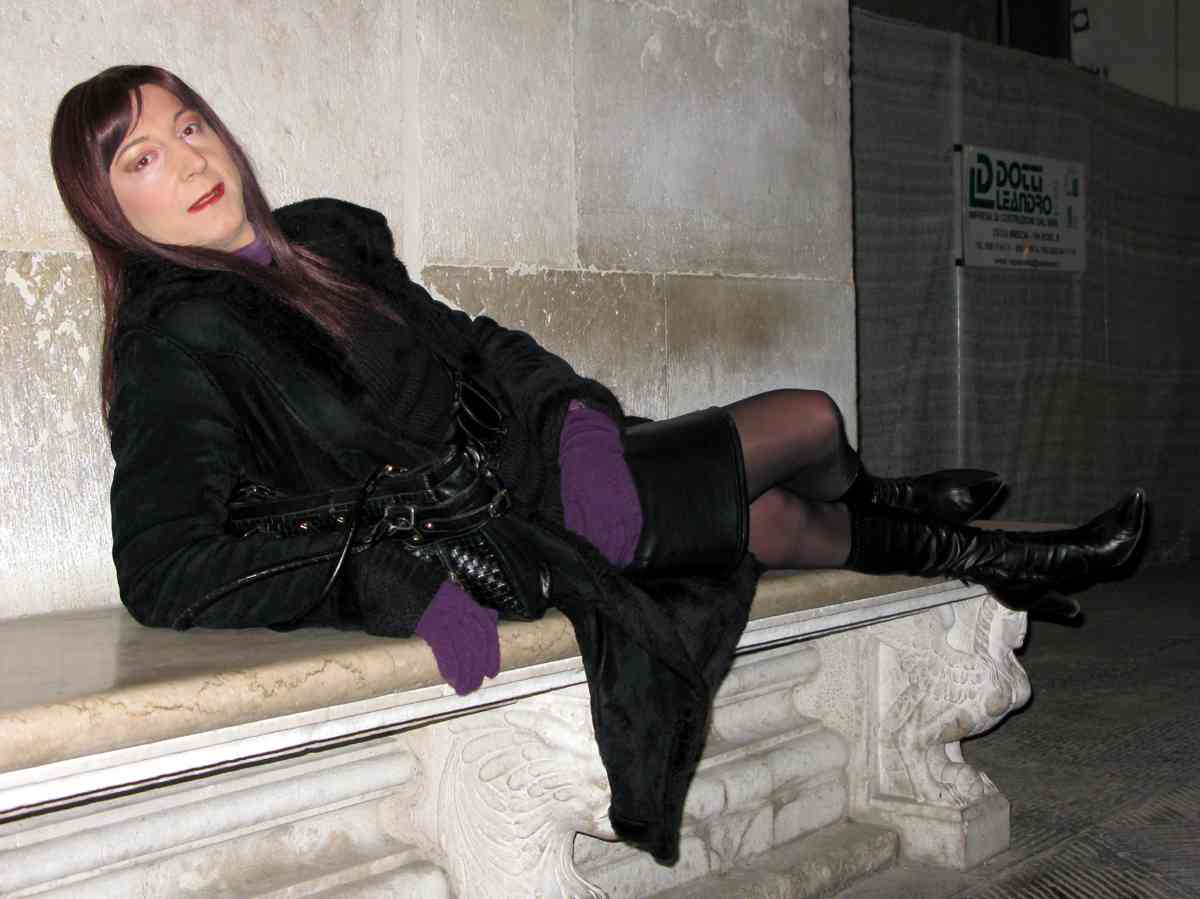 There is an area of the Atlantic Ocean, called the Bermuda Triangle, within which ships and aircraft vanish without a trace. When it comes to transgenderism all reason and logic disappears within what we might call the Gender Triangle.

The Gender Triangle is that area enclosed by the relationships between three distinct models of gender—the social, the medical and the legal. As we shall see, these relationships are flawed beyond repair.

Let us begin with the social side of the triangle.

Feminist academics use the term gender to denote the socio-cultural outworking of sexual difference, existing in the form of expected behaviours and appearances i.e., stereotypes. These folks see gender as a limiting social construct which ought to be airbrushed out of existence for the sake of justice and equality.

And yet John, who is male-sexed, is now legally permitted to enter a female restroom on grounds of having appropriated for himself certain female stereotypes—make-up, long hair and so on. In an effort to erase stereotypes the State has succeeded only in reinforcing them. And of course the reason John seeks to appropriate the stereotypes which have clustered around femaleness is that it is not possible for him to appropriate femaleness itself. He can look like a female but cannot look as a female.

The second side of the Gender Triangle is the medical model.

It says John can experience a difference between his sex and gender identity, with said difference falling within the sphere of medicine. Treatment may involve major surgery. The contradiction here is that certain countries permit John to change legal identity (‘re-assign’ gender) without surgery, without hormone injections and without diagnosis. In Denmark John need only fill in a couple of forms. The emerging gold standard of gender re-assignment laws is that countries should implement a regime of self-declaration: When John says he is female, his saying so is also the very thing which makes him so.

Unless we are to consider gender re-assignment to be some kind of talking therapy, we have another contradiction on our hands: how can a medical problem be cured by having the sufferer fill in a form? Transgender, heal thyself?

Moreover, there is an obvious tension between the academics and the surgeons, as gender identity cannot be both a social construct which the State can erase by force of law and a personal condition which a surgeon can erase with a scalpel. Where does this leave us? Well, given that gender identity cannot be both social and medical, the temptation is to conclude that it must be one or the other. But there is a second conclusion available to us, namely that gender identity is something other than social or medical.

To expand on this, consider just a few of the many ways in which the idea of self-chosen legal identities contradicts both academia and medicine. Let us suppose that John wishes to undergo legally unnecessary ‘gender confirmation surgery’. It is possible for a surgeon to sculpt John’s body into a rough approximation of the female form, and this is possible precisely because the female form exists. But what if John identifies as, say, bi-gender or pan-gender? How can any surgeon know what a pan-gender body looks like? What are we to make of this notion of attempting to transform John’s body so that it ‘fits’ his mind? Such a notion can make no sense unless gender is understood to be mapped onto sex.

However, both academia and law say there are more than two gender identities nowadays, so both gender theory and gender laws make a mockery of the whole idea of physically ‘transitioning’. Indeed if gender identity is defined without reference to being embodied, there are infinite possible gender identities. If John has a new-found right to enter a restroom matching his gender identity, how many restrooms do we need according to gender theory? That’s right—infinite restrooms. But the State decides not to build them. Very wise. No, the State chooses to take the two existing restrooms—male and female—and collapse them into one gender-neutral restroom. This is subtraction in the name of addition.

Consider too the glaring mismatch between New York City and Britain. In New York City we can now be fined $125,000 for ‘mis-pronouning’ somebody. The British government, though, intends to scrub gender markers from passports and other documents. Is gender identity something so sacred that a wrong word can cost us our livelihood? Or is it something of so little importance that it does not even deserve a place on a job application form?

John shed blood in the belief that surgery was necessary in order to have the gender marker on his passport changed from an M to an F, yet he is now being told his next passport will be genderless. The question begging to be asked is this: given that our new gender identity will not feature on our new ID, why on earth would anybody transition, be it socially or medically?

Furthermore, what is the end result of permitting each of us to choose to have any legal identity? By bearing in mind the fact that everything-ness and nothing-ness are two sides of one coin, we can see that if everybody can be anybody then everybody has the same legal identity as everybody else—everybody’s legal identity is ‘any identity’. Come to think of it, this would explain the blank passports and the gender-neutral restrooms. Too much freedom turns out to be the same as no freedom at all.

In all of these contradictions it is the legal which confounds the social and the medical. The problem, then, is not that academics and surgeons are at odds with each other but that each of them is at odds with the State. This brings us to the third and most important side of the Gender Triangle—the legal model.

Regardless of whether an idea is valid or ideological, it becomes of concern to society only when it has the weight of law behind it, for without this weight the idea is unenforceable. John’s wishful self-creation is none of our business unless the State makes it our business. But that is the whole problem, isn’t it? The State has made it our business. So what exactly is a gender identity, from the legal perspective?

The legal model says John’s gender identity is neither the sex he is nor the sex he identifies as or with. Rather, it is defined as being the gender he identifies as. The State also tells us that our gender identity is fundamental. But it is somehow subjective too. It is fixed, except for those people who are gender-fluid. Is it that their gender-fluidity is fixed? Or is it that their fixed gender is fluid? Who knows? Likewise, gender identity is somehow a part of the established order yet also radically new. It is the same, only different. It is like sex but not sex, and in being self-chosen it cannot ever be wrong.

We need to have gender identity explained to us by other people, because if we do not allow them to educate us we will never come to realise how central to our understanding of ourselves gender identity has always been, right?

It is not so difficult to pull an ideology apart when that ideology denies so much of what is known to be true. Gender ideology comes apart at the junctures of society and medicine, society and law, and medicine and law. That’s three out of three.

But exposing the flaws in an ideology is a lot easier than offering an explanation as to why the ideology exists in the first place. Transgenderism certainly represents an extreme case of there being more questions than answers, so here is a surprisingly simple answer.

Given that transgenderism receives top-down legal backing and contradicts two competing models of gender, does it not make sense to conclude that the notion of changeable legal identities originates from within law itself? It is not that the State wishes to erase from society a social construct named Gender. Rather, it is that the State has set itself the project of airbrushing from law all signs of the biological reality named Sex. Our body is vanishing without a trace from the sea of law.

Transgenderism is an incoherent concept when thought of as a legally recognised medical condition, irrespective of whether we consider its origins to be physical or psychological. Likewise, the notion of gender identity makes no sense when seen as a social phenomenon which has made its way into law. No, the idea of hyper-fluid volatile legal identities becomes coherent only when the picture is reversed and we come to view the phenomenon as being a purely legal concept imposing itself upon society.

Daniel Moody is a philosopher from Dorset, England. If you enjoyed this article, visit MercatorNet.com for more. ?The views expressed by the author and MercatorNet.com are not necessarily endorsed by this organization and are simply provided as food for thought from Intellectual Takeout.???