Is the NFL’s ‘Redskins’ Debate Finally Over? 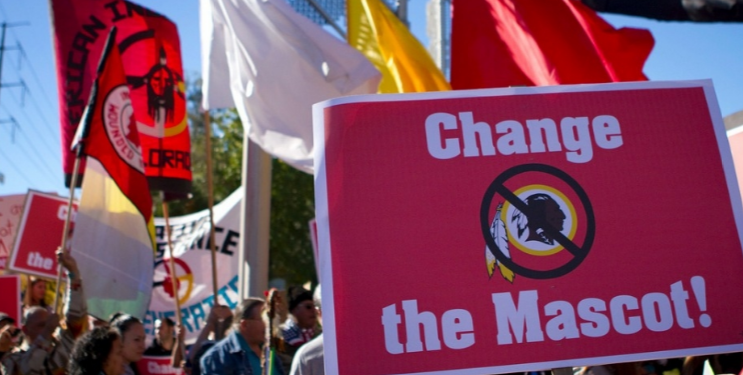 For decades now the Washington Redskins have received criticism over the team’s name, the idea being that it was insensitive, exploitive, and perhaps racist.

The criticism reached a bit of a fever in 2013 during the team’s efforts to retain its trademark status. But instead of caving, the team’s owner, Daniel Snyder, notoriously declared that he would NEVER—all caps, per Snyder’s request—change the team’s name.

Snyder’s declaration only further infuriated opinion columnists, news bureaus, and media outlets around the country. Several left-leaning publications—Mother Jones and Slate—announced they would no longer use the name Redskins.

High-profile sports writers soon joined the boycott, among them Peter King of SI and Bill Simmons of Grantland. (Group think is common in media but especially so in sports, where independent thought can elicit profuse sweating.)

Why was the team’s name offensive? David Plotz of Slate explained:

For decades, American Indian activists and others have been asking, urging, and haranguing the Washington Redskins to ditch their nickname, calling it a racist slur and an insult to Indians. They have collected historical and cultural examples of the use of redskin as a pejorative and twice sued to void the Redskins trademark, arguing that the name cannot be legally protected because it’s a slur.

And here’s Christopher Gasper of the Boston Globe:

What’s in a name? If you’re the Redskins it’s a stubborn disregard for the feelings of Native Americans who find it demeaning and offensive and an irrational fear of losing your NFL identity.

The idea is that Native Americans find the term deeply offensive. A racial slur. A pejorative.

Will this stop writers and television hosts from grandstanding and demonstrating their deep sensitivity and liberal bona fides demanding social change? Will they be sending letters of apology to Dan Snyder?

Don’t bet on it. The Post notes that its findings are identical to a 2004 poll conducted by Annenberg Public Policy Center.

So I ask? What is behind such efforts? Is it part of the emerging victimhood culture? Are some brains in our culture now wired in such a way that they perceive microagressions and insults in words and imagery even where these do not exist?