Is It Time to Stop Bashing the Liberal Arts? 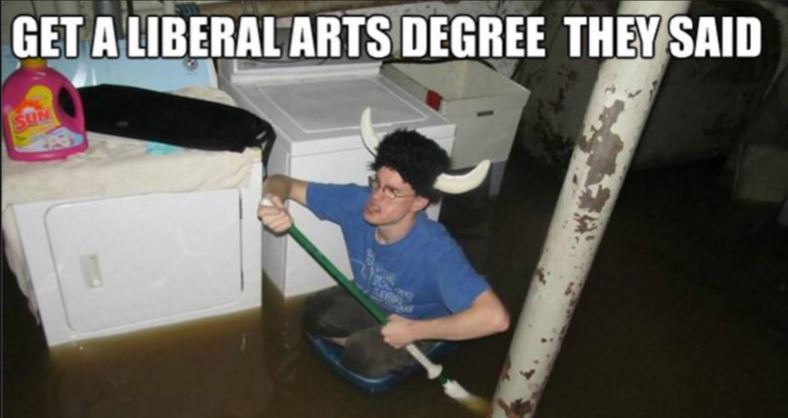 With college tuition and student-loan debt at all-time highs, it’s fashionable to bash “the liberal arts.”

The standard complaint, and the point of many jokes, is that majoring in such subjects as literature, philosophy, and history doesn’t develop skills marketable enough to generate a decent “return on investment.” Even President Obama has beaten that drum.

But what if all that misses the point? What if getting a good education of the broad, traditional, liberal-arts sort can produce a mindset that makes for success in any number of fields?

There’s plenty of evidence, for example, that philosophy majors do quite well financially over time. Why is that? Is it because studying that subject supplies knowledge that employers are eager to pay for? Hardly. It’s because philosophy imparts mental disciplines that serve one quite well in many professional settings: formulating and expressing thoughts clearly; understanding, producing, and evaluating arguments well; and equally important, a tendency to see the “big picture” instead of getting bogged down in details. The same goes for other “humanities” disciplines—when their teachers and students focus on substantive matters.

But a great many people don’t see that, because the debate about the relative value of studying the liberal arts is usually framed by a false dichotomy. We could call that dichotomy “intrinsic value” vs. “relevance.”

Students rightly want their studies to be relevant, in the sense of helping them address and acquire what they most care about. Thanks to the staggering expense of college, as well as the general materialism of American society, that often comes down to making serious money after college. So, the value of what one studies in college becomes primarily instrumental: a means to an end. From that point of view, studying things whose value is primarily intrinsic, and which are thus defended as valuable primarily for their own sake, is seen as a luxury for the few who don’t have to worry about money.

But what if the intrinsically valuable is relevant in that sense—relevant not so much for imparting marketable information or technical skills, but for how one approaches things in general, including work? That could and does bring practical benefits as a byproduct.

That’s what’s suggested by Dr. Carol Geary Schneider, outgoing president of the American Association of Colleges and Universities, in this interview entitled “Why a ‘Big-Picture Education’ Has Never Been More Important.” Thus:

“In my own experience both as a student, and eventually as a teacher, and certainly as a leader both at the University of Chicago and as I came to AAC&U, to me it has always seemed that you make the connection between the intrinsic value of the learning and the students’ hopes for their own future by zeroing in on questions that actually matter to the student, and helping the student make more of those questions than she would know how to do by herself.

This is certainly what was done for me as a first-year student at Mount Holyoke College. I had very naive questions about religion. And I had a very patient freshman-English teacher who had a more ambitious notion of what I might do with those questions.

And that’s what I mean. You start with what the student’s really thinking about, what they think is relevant. And then you help them enter a journey where they just develop a more sophisticated understanding of what their commitments and their questions really mean.

So it’s not intrinsic versus relevance. It’s really connecting the larger value of a broad education with the specific journey the student is on.”

Liberal-arts professors who do that will have students eager to learn and able to develop a helpful perspective on whatever they end up doing for a living. That’s what can, and sometimes does, overcome the false dichotomy.