Famous Journalist in 1920: One Day ‘The White House Will Be Adorned by a Downright Moron’ 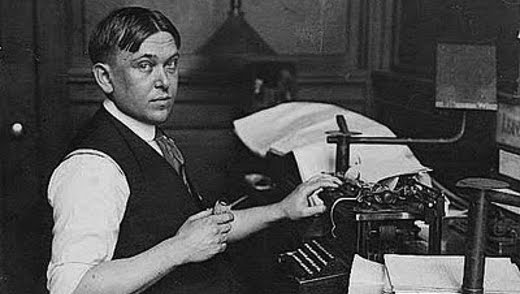 And apparently, like many Americans today, he was disappointed with the choices being offered to the American public in that year’s presidential election.

In article published on July 26, 1920, titled “Bayard vs. Lionheart,” Mencken lamented about the severe limitations of both the Republican candidate Warren Harding and the Democrat candidate James Cox. (Harding eventually won in a landslide over Cox and the Socialist Party candidate Eugene Debs.)

“Neither candidate reveals the slightest dignity of conviction. Neither cares a hoot for any discernible principle. Neither, in any intelligible sense, is a man of honor.”

As Mencken opined, the unsuitability of these presidential candidates was a natural result of the growth of democracy and mob rule in America:

“When a candidate for public office faces the voters he does not face men of sense; he faces a mob of men whose chief distinguishing mark is the fact that they are quite incapable of weighing ideas, or even of comprehending any save the most elemental–men whose whole thinking is done in terms of emotion, and whose dominant emotion is dread of what they cannot understand. So confronted, the candidate must either bark with the pack, or count himself lost.”

Moreover, he held that this negative consequence of democracy was especially manifest in elections at the national level:

“The larger the mob, the harder the test. In small areas, before small electorates, a first-rate man occasionally fights his way through, carrying even the mob with him by the force of his personality. But when the field is nationwide, and the fight must be waged chiefly at second and third hand, and the force of personality cannot so readily make itself felt, then all the odds are on the man who is, intrinsically, the most devious and mediocre–the man who can most adeptly disperse the notion that his mind is a virtual vacuum.

The Presidency tends, year by year, to go to such men. As democracy is perfected, the office represents, more and more closely, the inner soul of the people. We move toward a lofty ideal. On some great and glorious day the plain folks of the land will reach their heart’s desire at last, and the White House will be adorned by a downright moron.”