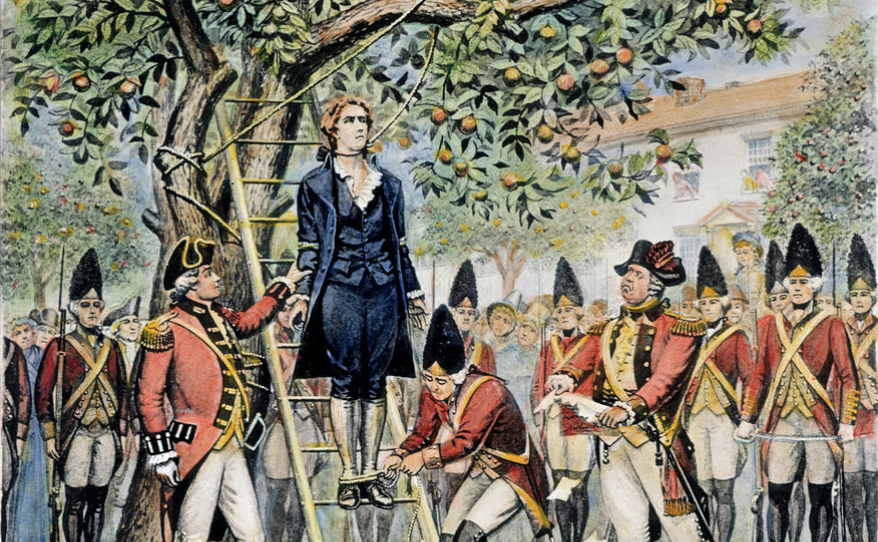 Washington caught a chill while out riding during a December snow storm. He arrived late to dinner and, not wishing to keep his guests waiting, opted to not change out of his wet clothes. He developed pneumonia and died two days later. He was 67.

Hamilton uttered these words to his grief-stricken wife a day after he was shot in the abdomen by Vice President Aaron Burr at a duel in Weehawken, New Jersey. He was 49.

Franklin uttered these words to his daughter Sarah, who, seeing him lying awkwardly, suggested he move to a more comfortable position. He died moments later. Some 20,000 people attended his funeral days later. He was 84.

Madison said these words to his niece. The Father of the Constitution had been an ailing, sickly man for much of his life, yet he lived to the ripe age of 85. Some accounts have his final words, “I always talk better lying down.”

Hale uttered these brave words moments before he was hanged by the British for spying. Hale was a young American soldier who had been gathering intelligence on the British in New York. He was captured, questioned, and imprisoned. On the morning of Sept. 22, after his request for a Bible and clergyman were denied, Hale was marched to Post Road and hanged. He was 21.

Jefferson said this the day before Independence Day. But records indicate that the primary author of the Declaration of Independence died the following morning. He was 83.

Adams uttered these words when he momentarily waked on the afternoon of the 50-year anniversary of Independence Day. He died unaware that his rival and friend Thomas Jefferson had died hours earlier. Adams was 90 years old.