Did Bad Hemorrhoids Cause Napoleon to Lose at Waterloo? 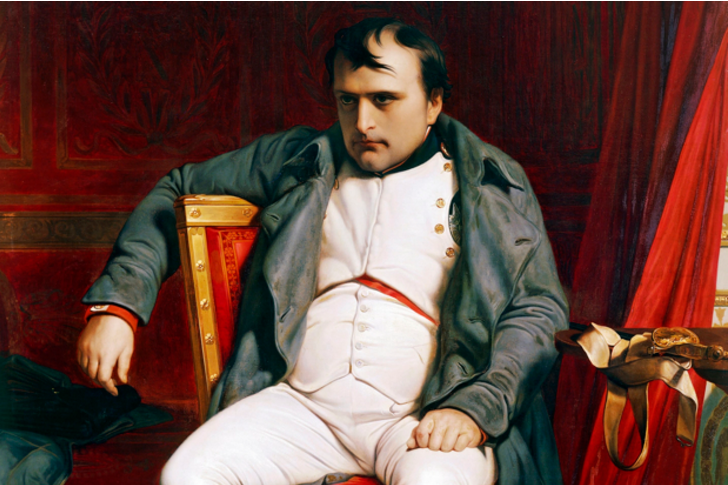 Practically before the last musket had fired, people were trying to explain how Napoleon lost at the famous Battle of Waterloo.

A theory that has persisted is that Napoleon was suffering from a bad case of hemorrhoids at the time of the battle, and this delayed his opening assault on the morning of June 18, 1815.

In fact, the theory is so popular that one author and historian wrote a book titled Napoleon’s Hemorrhoids: And Other Small Events That Changed History.

The author, Phil Mason, explains that prior to the engagement Napoleon “suffered an acute attack of hemorrhoids that stopped him from riding his horse and keeping up his mobile supervision of troop movements.”

Napoleon usually used leaches to relieve his pain from the affliction. When no leaches could be found, however, his doctors resorted to laudanum, causing Napoleon to slip into a stupor.

According to some analyses of his decision that day, Napoleon’s delays in launching his opening assault had much to do with his impositions: originally planned at 6 a.m., then 9 a.m., it did not actually start until midday.

Is this what really happened? Andrew Roberts, author of Napoleon and Wellington by Roberts Andrew (2001-08-23) Hardcover

“>Napoleon & Wellington, says no (as does Waterloo expert Alisdair White).

Roberts said that Napoleon was indeed suffering from the affliction, which “had prolapsed and were strangulated outside the anus,” causing him great pain. (This information came from the emperor’s brother, Jerome, one of only three people aware of Napoleon’s condition; Jerome shared the story in 1860, shortly before his own death.)

Inflamed piles, however, cannot reasonably explain Napoleon’s failure to attack Wellington that morning. Roberts points out that Bonaparte was dressed and in saddle by 8 a.m. that morning.

He concludes that bad hemorrhoids and other medical conditions known to afflict Napoleon–cystitis, exhaustion, and constipation–are explanations employed by Napoleon apologists largely as a device to sustain the Corsican’s myth of invulnerability.