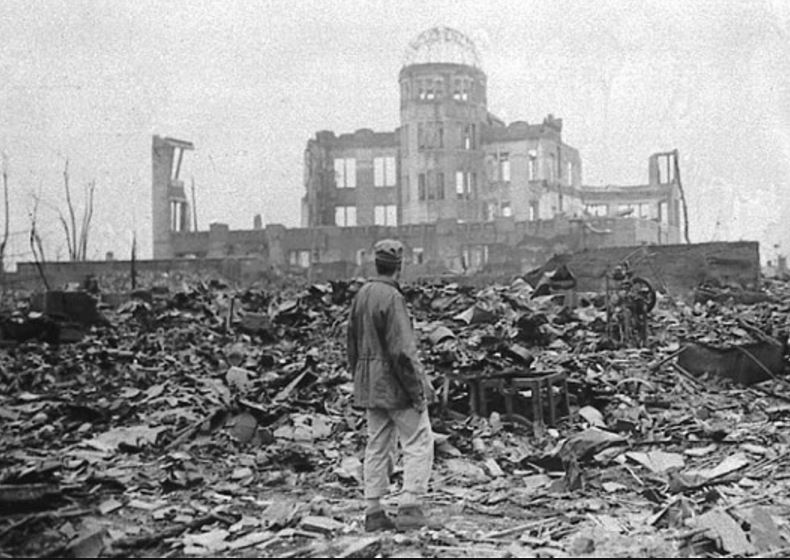 President Obama’s speech at Hiroshima on May 27 has predictably sparked much controversy. Without parsing it all, I suggest that the key message so many dislike is this:

“Hiroshima teaches this truth: Technological progress without an equivalent progress in human institutions can doom us. The scientific revolution that led to the splitting of an atom requires a moral revolution as well.”

The “moral revolution” appears to consist, most pertinently, of refusing to target civilians in warfare. In point of fact, the U.S. military rarely if ever does that anymore. When civilians are killed by an operation, it is considered “collateral damage”—an unintended consequence of an operation, not is point. But many Americans believe it’s going too far to insist that we should never kill a lot of civilians.

For one, they argue, without the credible threat of using nuclear weapons, we cannot deter other nuclear powers from using such weapons against us. Actually using such weapons would inevitably mean a huge number of “enemy” civilian deaths and injuries, whether or not civilians are directly targeted. But that’s what “deterrence” must credibly threaten to do. So, to foreswear that threat as a matter of policy would expose our own civilians to undue risk.

As to Hiroshima (and Nagasaki) in particular, the argument goes like this: If we hadn’t destroyed those cities with atomic bombs, the human cost on both sides of ending the war by invading Japan would have been far greater. Thus compelling Japan into surrender, by killing hundreds of thousands of civilians with a weapon against which it had no defense, actually saved many lives in the long run.

Obviously, I can’t resolve the debate here. Substantively, I confine myself to pointing out that the arguments in favor of using, or being prepared to use, nuclear weapons are consequentialist. But it’s worth noting that the debate cuts across the usual ideological lines.

But the church has plenty of company.

In this fascinating article at Rare, editor Jack Hunter reminds us how two key intellectual founders of the postwar “conservative movement,” Richard Weaver and Russell Kirk, harshly condemned the bombing—even going so far as to say that God would judge America for it.

Indeed, soon after National Review was founded by William F. Buckley, Jr., the soon-to-be conservative flagship went on record in moral opposition to the bomb, with Medford Evans emphatically denouncing the bombing: “The indefensibility of the atomic bombing of Hiroshima is becoming a part of the national conservative creed.”

You can add Pat Buchanan and other prominent or once prominent conservatives to the mix.

Why does this matter?

Perhaps because many conservatives today seem to take it for granted that using the bomb to end World War II in the Pacific was the right thing to do.

More importantly, we should realize that the debate about Hiroshima is truly a moral one where positions cannot be staked out based on pre-established ideological commitments. One could argue that makes the discussion especially interesting and worth pursuing.