Children Help Adults to Grow Up 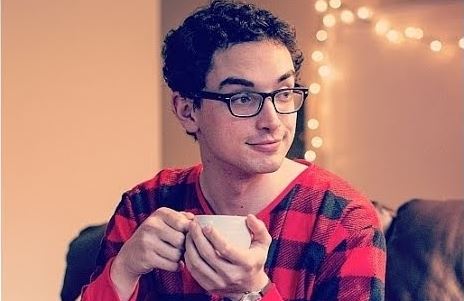 It is a truism that children need adults to help them grow up.

It is, however, less known but equally true that adults need children to help them grow into the fullness of maturity.

Whereas children need to be taught about life in all its multifarious manifestations, satisfying their natural sense of wonder and their voracious appetite for knowledge, adults need the responsibilities attached to the raising of children to help them mature into the fullness of the love to which they are called.

I am aware, of course, that the preceding statement, as sweeping as it is, will raise the eyebrows and the ire of those adults who are not parents. Am I saying, they might well ask, that they are immature because they are childless? This is a good question, which I will endeavor to answer anon. In the interim, however, I’d like to explain why the responsibilities of parenthood help us to mature into fully-fledged grown-ups.

It all begins with the indissoluble bond between love and responsibility. You cannot truly have one without the other. Indeed, they are one. Anything purporting to call itself “love” which will not embrace the responsibility that true love demands is not really love at all but an impostor in tragicomic disguise. This is because love is always the giving of ourselves sacrificially to the other. Love is the acceptance and practice of self-sacrifice, which is another way of saying that love is the acceptance of suffering. Being true to our responsibilities is the practice of self-sacrifice. It is doing what we should do, even when (especially when) we would rather be doing something else. And this is the priceless lesson that children teach us. This is the priceless gift of accepted suffering that parenthood brings.

Returning to the earlier question, am I saying that those who are childless are less mature than those who are parents? If this is what I am saying, am I insulting those who do not have the gift of children? Am I treading on dangerous ground?

First, we need to understand that there are many parents who have not embraced the responsibility, which is to say the suffering, which the raising of children demands. They resent the demands that their children place upon them and the way in which parenthood limits what they perceive as their freedom. To the extent to which such resentment leads to the compromising of the parents’ relationship with their children through the refusal of responsibility and the denial of duty, they are missing the opportunity, which their children present to them, to become the grown-ups they are meant to be.

Second, we also need to understand that those who are childless are as called to love as are those with children, which is to say that they are meant to sacrifice themselves for others, accepting the responsibility to embrace the suffering that love necessitates. Insofar as they live their lives in conformity to the responsibility that love demands, a responsibility that trumps all demands for rights, they will mature into fully-fledged grown-ups, even without the gift of children.

The point I am trying to make is that children are a gift designed to teach us that love and responsibility are one. Having been given the gift, we need to learn the lesson that the gift brings with it. Through learning this lesson we learn that to truly live is to truly love. And it is in a life lived in love that we become the grown-ups we are meant to be.

Joseph Pearce is the author of critically-acclaimed biographies of G.K. Chesterton, J.R.R. Tolkien, Hilaire Belloc, and Alexander Solzhenitsyn among others. He is currently the director of the Center for Faith and Culture at Aquinas College in Nashville, Tennessee, and the editor of the St. Austin Review.