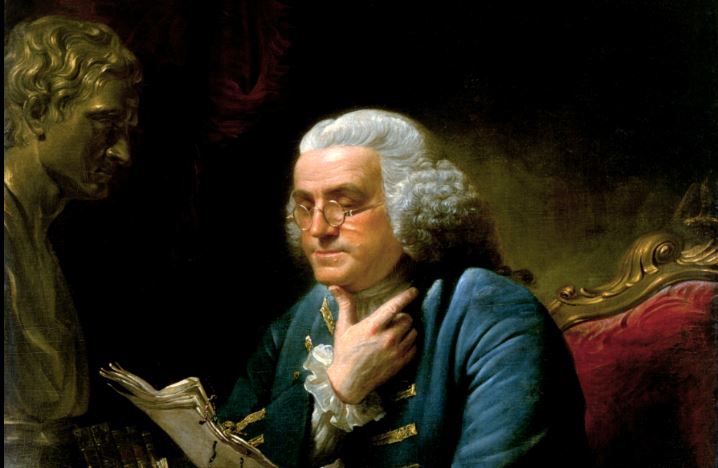 The “Join Us or Die” snake is believed to be the first cartoon to run in a newspaper in American history.

The cartoon was published in Benjamin Franklin’s Pennsylvania Gazette on May 9, 1754. Historians believe Franklin himself created the cartoon, which depicts a snake cut into eight pieces above the words “JOIN, or DIE.”

The cartoon’s message is actually similar to the famous line attributed to Franklin at the signing of the Declaration of Independence: “We must all hang together, or assuredly we shall all hang separately.”

The pieces of the snake represent the colonies in a fractured state. The difference is that Franklin was advocating that the colonies stick together not against England, but France, whose empire in North America was encroaching on that of England.

Franklin wrote an editorial that accompanied the cartoon. In it he suggested that if the colonies were not united, they were inviting an attack from the French and their Native American allies.

“The Confidence of the French in this Undertaking seems well-grounded on the present disunited State of the British Colonies, and the extreme Difficulty of bringing so many different Governments and Assemblies to agree in any speedy and effectual Measures for our common defense and Security; while our Enemies have the very great Advantage of being under one Direction, with one Council, and one Purse….”

You can view the cartoon below. The colonies are represented in geographic order with the New England colonies representing the head of the serpent. (It’s unclear why Georgia does not appear in the cartoon; maybe Franklin ran out of space.)

Three weeks after the letter was published, colonial troops under George Washington and a small number of Mingo warriors clashed with Canadian soldiers at the Battle of Jumonville Glen. The conflict is considered the opening salvo of the French and Indian War, which lasted seven years.