A Revolutionary’s Guide to Creating a Workers’ Paradise 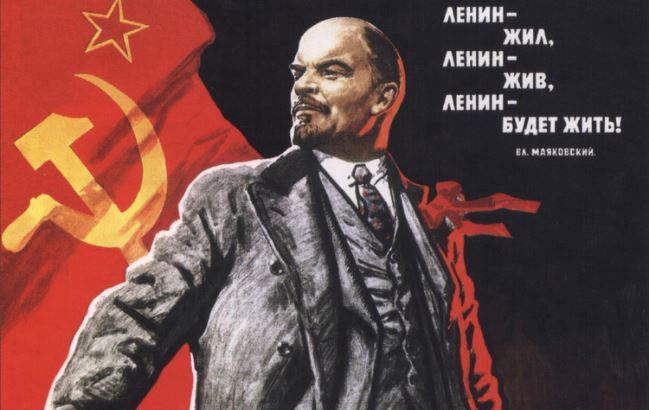 Vladimir Ilyich Ulyanov (better known merely as Lenin) pulled off one of the most unlikely revolutions in history.

The Marxist revolutionary was exiled from Russian in 1900 but returned in April 1917 shortly after Tsar Nicholas II abdicated the throne. By October he had formed an embryo government, causing members of Russia’s Provisional Government to flee (if they had not already been imprisoned).

How did Lenin pull off such seamless coup and retain power? Here was his blueprint:

1. Use a Popular Idea to Mobilize the People

Before a revolution can occur, control must be won or seized. Lenin rose by organizing and uniting Russia’s many “workers’ committees” (soviets) under a central idea. That idea wasn’t socialism (the concept is scarcely mentioned in industrial worker literature of the day, historian Paul Johnson notes in his history Modern Times). His unifying message was a promise to end Russia’s involvement in World War I. (This was precisely Germany had arranged for his return to Russia.)

When the interim government promised to continue the fight against Germany in the wake of Tsar Nicholas’ abdication, Lenin—one of the most talent organizers of the twentieth century—found his issue.

Russians were tired of war. Troops were demobilizing and flocking to cities where there was not enough bread. Bolshevik ranks swelled, and during the chaos Lenin—who had been denouncing the war at worker meetings for months—saw and seized his opportunity.

Lenin had briefly fled to Finland after his return to Russia, but he slipped back into Petrograd on Oct. 17, 1917. After winning a vote to initiate an armed uprising, he formed a political bureau (this is where the term politburo comes from) to carry out the uprising, which was executed by a “military revolutionary committee” headed by Leon Trotsky.

Key people and points of the city were seized, and a Congress of Soviets quickly approved the transfer of power.  There was surprisingly little bloodshed.

In his “Theses On The Constituent Assembly,” published in December 1917, Lenin laid out his reasons why a parliament was no longer necessary. Essentially, any assembly that “parted ways with Soviet power, would inevitably be doomed to political extinction.”

Just in case some were unclear by what he meant, four days after his theses were published Lenin arrested the leader of the right-wing political party (a man named Avksientiev) “for the organization of a counter-revolutionary conspiracy.”

Allowing a free press to exist while a new government is hatching can be complicated. So on Nov. 9, 1917, two days after he had seized power, Lenin issued his Decree on the Press.

It called for “temporary, extraordinary measures” allowing the state to suppress newspapers guilty of “open resistance or insubordination to the Workers’ and Peasants’ Government.” Management of news was placed under the Bolshevik party media apparatus (i.e. Pravda and Isvestia). Editors who defied the order would be put on trial.

In his decree, Lenin stressed that the provisions would be short-lived. (He used the word “temporary” three times.) They were not.

5. Create a State within a State (but do so quietly)

It’s easy to issue decrees, but it can be difficult to carry them out efficiently. To achieve his goals, Lenin created the Cheka (the All-Russian Extraordinary Commission), his “secret police.”

Created in December 1917, the Cheka was neither secret nor a police force in the traditional sense. Rather, it was a party-controlled apparatus that functioned as a state within a state. It was huge in size (it had 250,000 full-time agents by 1921) and had its own committees (each of which were controlled by Lenin).

Though the order that created the Cheka was not made public until December 1927, everyone in Russia knew the “secret” organization existed. The Cheka was tasked with suppressing counter-revolution and sabotage, which meant arresting and punishing party dissidents. (The Cheka was not your ordinary police force.)

He found the Cheka, in addition to its police responsibilities, could also perform the roles of judge and jury quite effectively.

Some reformers are squeamish about terror. Lenin was not. He viewed it not as useful but as necessary to any successful revolution. He was fond of quoting Robespierre’s observation on the virtue of terror: “…terror is nothing but justice, prompt, severe, inflexible; it is thus an emanation of virtue.”

Lenin had never bothered to hide this view. More than a decade before the revolution Lenin said men needed to be asked if they supported a people’s revolution. “If he’s against it, we’ll stand him up against a wall.”

He took these words literally and his vision quite remarkably.  W.H. Chamberlain, the first historian of the Russian Revolution and an eyewitness, estimated that the Cheka was executing 250 people a week by mid-1918. (As a point of reference, 17 people were executed annually for all crimes under Tsar Nicholas.)

By 1921, the Cheka had executed 50,000 people, many of whom were not dissidents but simply people who belonged to the wrong class or worked in the wrong trade.

A senior official of the Cheka summed this up well:

The Extraordinary Commission is neither an investigating commission nor a tribunal. It is an organ of struggle, acting on the home front of a civil war. It does not judge the enemy: it strikes him… We are not carrying out war against individuals. We are exterminating the bourgeoisie as a class. We are not looking for evidence or witnesses to reveal deeds or words against the Soviet power. The first question we ask is – to what class does he belong, what are his origins, upbringing, education or profession? These questions define the fate of the accused. This is the essence of the Red Terror.