Why Will and Kate Dress Their Kids in Traditional Clothing 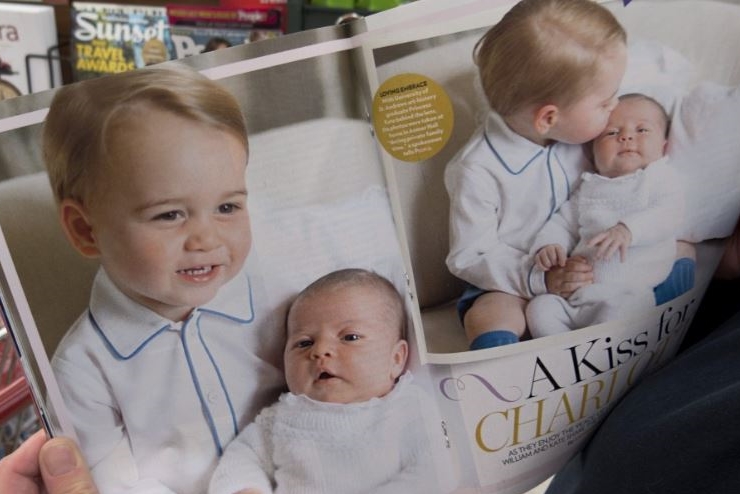 In case you haven’t noticed, the occasion of Queen Elizabeth’s 90th birthday has provided all of us curious commoners with plenty of new pictures to gaze at and analyze. None more so than those which include Will and Kate’s cute kids, Prince George and Princess Charlotte.

Commenting on the picture of the Queen surround by her young grandchildren and great-grandchildren, Telegraph writers Emma Spedding and Bethan Holt made an interesting observation on the way Will and Kate have chosen to dress their children:

“[W]hat is striking in these images is that the young royals, representing the future of the royal family, are dressed perhaps even more traditionally than the 90-year-old monarch herself.”

Such clothing is in keeping with the other outfits the children have sported, which, according to classic clothing designer Rachel Riley, send an important message:

“They have chosen a very traditional look and are a traditional family,” Riley tells The Telegraph of how the royal couple dress their children. “We have been doing very similar things for 18 years in that our collection is classic. The reason why I design clothes that way is because if they wear very simple things, it’s about the child, and it’s timeless in that you can’t really date a specific photo or put them in something that seems out of date. I think they are going for clothing that is classic and timeless, because that photograph is about him and his beaming smile rather than the clothes or drawing attention to them.”

This philosophy is quite a departure from that touted in kids’ clothing stores today. As some have noted, children’s clothing styles increasingly reflect trendy, adult fashions, many of which treat young girls as objects of sexualization. At the same time, many bemoan the fact that children are growing up too fast and adopting negative attitudes about body image and appearance.

Given these trends, are Will and Kate on to something by seeking to dress their children in more traditional clothing?