Why Big Government Wants to Micromanage Your Parenting 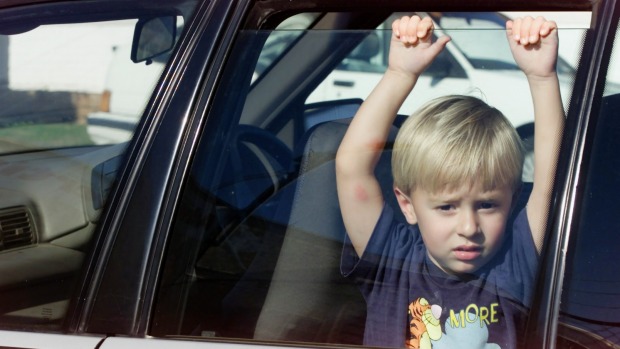 How many minutes is too long to leave a child in a car alone?

Before answering that question, I bet you want a lot of additional information. How hot is it? Or is it very cold? How’s the neighborhood? Are you parked close to the street and near traffic? Can you see the car from wherever you are going? How old is the kid? Is she sleeping?

Parents consider factors such as these, which relate to the risk that something bad will happen, when they decide whether to pop into a store without bringing their kids inside. But lawmakers increasingly want to remove all parental discretion and create blanket laws with stiff penalties dictating when parents can leave a child.

Rhode Island lawmakers, for example, are considering legislation making it illegal for parents to leave any child younger than seven alone in a car, or any child under age 10 home alone. Advocates argue this will prevent real harm, but their logic is faulty. Yes, these laws eliminate some risks, but they also tend to create other risks, and can leave kids no safer and parents with less freedom.

If I lived in Rhode Island, I’d be breaking the law when I let my older kids (ages 10 and 8) stay home while I drop their young brother and sister off at preschool. One of the law’s champions, Rhode Island state Senator William Walaski, believes it’s too risky for me to leave them alone: “Imagine they open up a cupboard and there’s some chemicals in there.”

I’m not sure what he imagines will happen: My daughters are familiar with household cleaners and aren’t about to help themselves to a cup of bleach as soon as they are away from my prying eyes. They know the rules about what they are allowed to do on the short occasions when I’m out of the house. But certainly there are some risks associated with leaving kids, who are naturally more curious and less equipped to deal with emergencies, on their own.

Yet as I make my decisions, I have to weigh the risk that they will harm themselves in our house against the risks created by taking them along for a 10 mile drive. Far more children die in automobile accidents than by ingesting household cleaners, so it may be that children like mine would be at greater risk for injury under the new rules if they end up spending more time on the road. Of course, physical risks aren’t the only factor to consider: Rigid laws also limit parents’ ability to give children more responsibility, resulting in kids spending more time in sedentary pursuits, and making parenting more difficult than it needs to be.

Part of the problem is that our culture creates a distorted sense of risks. My friend was recently harangued by a stranger for leaving her sons in the car while she slipped into a store; he told her kidnappings are common. He may hear daily Amber Alerts and truly believe dozens of kids are abducted each day from parking lots. Yet that’s just not reality. As Free Range kids advocate Leonore Skenaky sums up the research:

The Department of Justice reports that of the 800,000 children reported “missing” in the United States each year, 115 are the result of “stereotypical kidnapping”—a stranger snatching the child. About 90 percent of abductees return home within 24 hours and the vast majority are teenage runaways.

Any child abduction is horrifying and all parents worry about being that tragic lottery loser. Yet it’s important to realize that such kidnappings aren’t common. Actually, they are very rare.

Rules about leaving children alone in cars also rest on a misguided idea of what causes heat stroke. Twenty-four children died in 2015 of heat stroke in cars. That is twenty-four too many, and parents ought to be aware of how quickly temperatures can rise in a car. Yet these deaths didn’t occur because a parent popped into a store to grab a gallon of milk. Overwhelmingly, parents accidently forgot their baby in the car seat when they went to work for the day, or kids started playing in the car and got trapped. These are tragic accidents, but ones that wouldn’t be prevented by the kind of draconian laws states such as Rhode Island are passing.

Parents who leave their kids in the car for a few minutes often aren’t just being lazy; they are instinctively factoring in a variety of other risks. After all, parking lots are the scene of frequent accidents, including pedestrians fatally hit by automobiles. About 50 kids are struck by cars backing out each week. Is it really safer for a mom to march a couple of preschoolers across a parking lot when her hands are full instead of leaving them locked safely in a shady car for a few minutes?

That should be up to the parent—who is best positioned to assess the situation and knows her particular kids’ capabilities—to decide. Risks are everywhere. Lawmakers and busybodies should take seriously the very real risk that their proposed laws will backfire, and leave both parents and children worse off.