This is Why Crows Hold Funerals for Their Dead 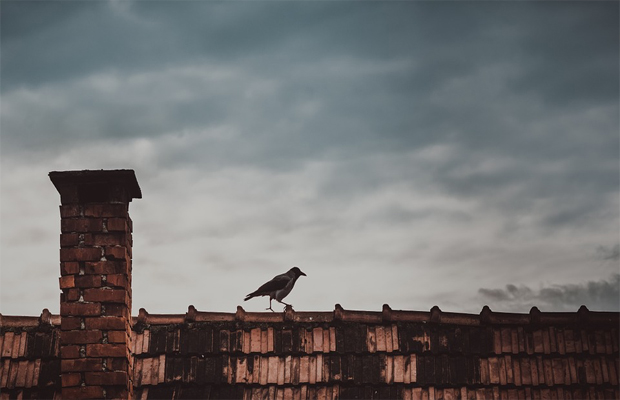 Crows have long been known for their unusual behavior when it comes to their fallen peers.  A dead crow will often be seen surrounded by anywhere from just a few birds to over a dozen, all seemingly there for to witness the passing of life.

However, many studies and experiments have been conducted regarding the behavior of crows.  These experiments involved researchers donning creepy masks.  The masks were worn because crows have the ability to learn and recognize individual faces, as well as teach their offspring and other crows who or what to be concerned about.  A researcher could be disliked and scolded by local crows for decades because of the crow’s keen memory.

Did we mention Crows are crazy smart?

Another experiment set up to study crow behavior involved volunteers approaching crows either carrying a dead crow or a taxidermied pigeon.  The person carrying the crow was mobbed by the other crows almost every time (and were scolded by the crows up to six weeks after), while the person holding the pigeon was only mobbed about 40 percent of the time.

This led researchers to believe that the sight of a dead crow leaves a lasting impression on the other birds.  One suggested reason that the birds gather around a fellow crow that has died is to study their death, hoping to learn how they died and then avoid whatever it was.  The gathering can be seen as a method of sharing information with the group in order to protect members of the flock.