Physicist: You Don’t Need God to Get ‘Something’ from ‘Nothing’ 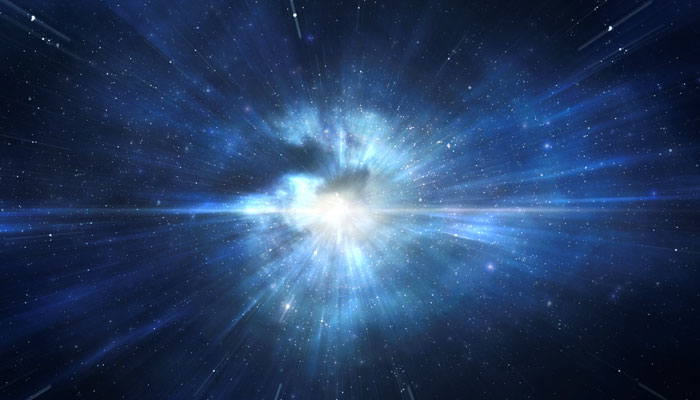 Believe it or not, there’s been a controversy lately between physicists and philosophers about how to define ‘nothing’.

The issue is more important than many think. As you may know, it’s one of the central tenets of the Judeo-Christian tradition that God created the world “ex nihilo”—“out of nothing”—and that, metaphysically speaking, only a divine being could have brought “something” into being out of “nothing.”

But some scientists are saying otherwise. I’ve alluded before to the book published in 2012 by physicist Lawrence Krauss: A Universe from Nothing: Why There is Something Rather than Nothing. Its main argument is that physics, rather than philosophy or theology, can answer that question. Indeed, philosopher, journalist, and atheist A.C. Grayling’s blurb for the book states:

“With characteristic wit, eloquence and clarity Lawrence Krauss gives a wonderfully illuminating account of how science deals with one of the biggest questions of all: how the universe’s existence could arise from nothing. It is a question that philosophy and theology get themselves into muddle over, but that science can offer real answers to, as Krauss’s lucid explanation shows. Here is the triumph of physics over metaphysics, reason and enquiry over obfuscation and myth, made plain for all to see: Krauss gives us a treat as well as an education in fascinating style.”

Krauss has even produced videos to market his message. In one of them, he explains that there are various “flavors” of nothing, one of which will, by the laws of quantum mechanics, eventually “produce something.”

That approach has aroused the enthusiasm of “New Atheists” such as Richard Dawkins and Sam Harris, as well as Grayling’s.

Unfortunately—or fortunately, depending on your point of view–their enthusiasm is misplaced. The initial review of Krauss’ book by David Albert, professor of philosophy at Columbia University and the author of Quantum Mechanics and Experience, was devastating enough. But if you want the simple version, view the brief exchange below between Dawkins and a Catholic archbishop, George Pell. The latter delivers the perfect punchline.

It is funny in a way. Once one sets out to describe the physical process by which some bit of space called ‘nothing’ produces something, you’re not talking about a producer that’s actually—well, nothing. You’re talking about a producer that’s something alright—just not any “thing” in particular. The space called ‘nothing’, and the process occurring within it, if any, that’s supposed to produce something, is anything but easy to understand. The only simple thing is the bit of verbal legerdemain by which it gets called “nothing.” That’s actually easier to see through than a magician’s trick. And taking it seriously, as do the New Atheists, is accordingly funny.

Why are Krauss and his allies so irony-deficient here? Because of their not-so-hidden agenda: they are deadly serious about finding a substitute for the Creator. They know that the question “Why is there something rather than nothing?” merits more of an answer than Bertrand Russell’s: “The universe is just there, and that’s all.” That’s no answer at all. But the G-word is, for some reason, inadmissible. So in their search for an answer, atheistic scientists become humorless as well as bad magicians.