Navel gazing about gender while the world burns 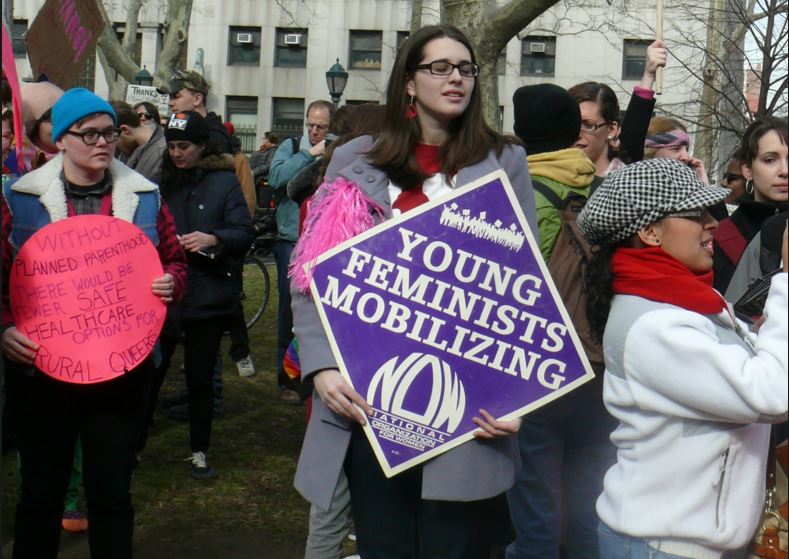 Camille Paglia, an American college professor and social critic, is one of a kind: a feminist who objects to almost every form of feminism known to womankind; a sexual radical who believes in complete freedom of sexual expression, yet a realist who insists that women have to take full responsibility for the sexual choices they make; and a lesbian who objects to the current censorship of any discussion about the causes of homosexuality.

Paglia is, in fact, a notorious contrarian on practically every social issue. And for all her radicalism the 69-year-old often sounds more like an Italian grandmother of yesteryear (she is the child of Italian immigrants) than the political progressive and sexual radical she claims to be. At least, that is the impression left by the very interesting and entertaining interview with Ella Whelan of Spiked (the home of UK contrarianism) about feminism, recorded in the video above.

The video is half an hour long, but here is a taste of Paglia’s views on the issues flourishing in the American hothouse.

“They have no sense of the great patterns of world history, the rise and fall of civilizations like Babylon and Rome that became very sexually tolerant, and then fell. If you’ve had no exposure to that, you can honestly believe that ‘There is progress all around us and we are moving to an ideal state of culture, where we all hold hands and everyone is accepted for what they are … and the environment will be pure…’ – a magical utopian view that we are marching to perfection. And the sign of this progress is toleration – of the educated class – for homosexuality, or for changing gender, or whatever.

“To me it’s a sign of the opposite, it’s symptomatic of a civilization just before it falls: ‘we’ are very tolerant, not passionate, but there are bands of vandals and destroyers circling around the edge of our civilization who will bring it down.”

“There is censorship of discussion about the causes of various gender issues – for at least 25 years, now, in the case of homosexuality itself. In the 1980s there was talk of finding a gay gene, but when that was not found, silence [became the rule]. To even raise the question of how homosexuality is caused is considered homophobic. But I think it is imperative for everyone to ask questions about matters of development of the personality and sexual orientation.

“I’m waiting for some brave young gays to protest against the censorship.”

On identity politics and transgenderism

“This hyper-self-consciousness about ‘Who am I? Where exactly am I on the gender spectrum?’ is mere navel-gazing, while in the Middle East ISIS is beheading people. It is a kind of madness of self-absorption.”

Noting that Hillary Clinton gave transgenders specific mention at the beginning and end of a rally speech last week, the interviewer asks why this issue gets so much attention in the news.

Paglia throws up her hands in exasperation at the daily coverage of “transgender bathrooms” in the US media. She suggests it is “symptomatic of people feeling that world events are out of their control.” Transgender activists can be very aggressive, she adds. As for the others:

“I really pity young people today in this environment because the pressures are enormous. It’s one thing to feel, ‘I’m not quite comfortable in the gender I was assigned at birth,’ but the pressures are to change, change, change, and to telegraph it to the world. People are pushed into making choices about surgical interventions and taking hormones, which is dangerous, and they will have all kinds of medical problems in the long run, I believe…

“I think there are authentic transgender people who had a genetic issue from the start, but they are a tiny, tiny minority of the population, and medical science is still developing to help these people.

“But now it’s become a fashion statement, or a mask [for other problems]. People are being induced to think that all their unhappiness — in family life, in school, in relation to society – is to do with this gender issue. Well, maybe it isn’t. Maybe there are other issues a person needs to deal with.

“In the old days there were different kinds of guidance to help you focus and develop yourself psychologically, spiritually, culturally. Instead, now, all the unhappiness that people feel in these areas is consolidated in the gender issue. Maybe there is a gender issue for you, but it’s not the whole issue.”

“My generation fought for freedom from [parent-like supervision by college staff] but where women now want authority figures hovering over them. It’s not that they fear sex, but that they have no idea of what it is, because they have been raised in a culture where skimpy clothing is simply standard issue. They don’t have any sense whatever that exposure of the flesh or a particular choice of clothing can communicate a message of sexual interest or readiness.

“But the moment you say this your contemporary feminist will say, ‘You’re blaming the victim. We have the right to dress as we want.’ Of course. However, you have to be prepared for the reality of the world … which is a dangerous place. [Young women] have no idea about human psychology … that you don’t mess around with sexuality, which is extremely explosive, that you must be prepared to defend yourself, be alert to your environment…

“How can [a girl] be so stupid”, says Paglia, as to accept an invitation from a boy at a fraternity party to ‘come to my room’ and not know that he means ‘come and have sex’?

“She doesn’t want sex with strangers. Girls don’t want hook-ups, they want boyfriends ; the boys just want hook-ups. But in gender studies they are told that everything is exactly equal between boys and girls, and if boys are behaving badly they have to learn to be more like girls; they have to talk like girls, act like girls – and if you don’t, you are sexist. At the heart of this is a lack of respect for sexual differences … and I’m saying, Girls, wake up!”

Camille Anna Paglia is a professor at the University of the Arts in Philadelphia and a well-known social critic.

This blog post has been reproduced with the permission of MercatorNet. The original blog post can be found here. The views expressed by the author and Acculturated are not necessarily endorsed by this organization and are simply provided as food for thought from Intellectual Takeout.