Left and Right: Why Not Work Together on Poverty? 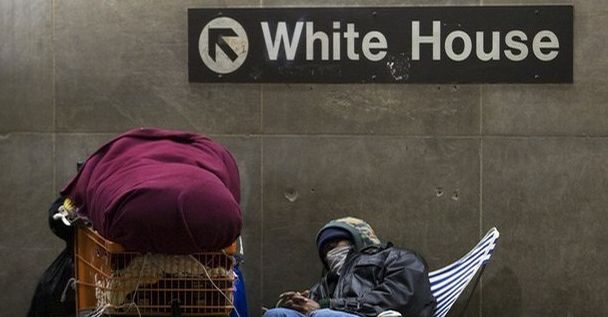 A tiresome false dichotomy bedevils political debate about the causes of poverty among the able-bodied.

The Left says that such poverty is caused by the greedy capitalists who won’t give the poor enough opportunities to earn or receive money. The Right says it’s caused the moral failures of the “takers”, i.e. sloth, crime, addiction, and that lust which causes families to either break down or not form around stable marriage at all.

The truth is that it’s both/and, not either/or. A generally well-regarded book outlining the relationships between such factors is Charles Murray’s recent Coming Apart: The State of White America 1960-2010. It’s full of fascinating and disturbing data.

But you don’t have to read the book to know that, over the past several decades, it’s become ever harder for those without the education or skills to join the professional classes to earn a living wage or even get paid work. Nobody disputes that—or disputes that it’s one reason why “income inequality” keeps growing. And it’s equally evident that laziness, unstable domestic arrangements, a criminal record, or substance abuse make it very hard to get ahead. Such problems are legion today. Getting and staying married, living clean, and getting some sort of job go a long way toward escaping poverty.

But poverty in America not only persists; if anything, it’s getting worse. I don’t know the solutions, but we won’t make progress if we can’t even agree on how to define the problem. Once again, the chief obstacle to knowledge is ideology.

Can anything break this impasse?

Perhaps. We get a few hints in this TED talk by social scientist and musician Arthur Brooks, currently president of the American Enterprise Institute. The first hint comes about seven minutes in:

“The best quote I’ve ever heard to summarize the thoughts that I’ve just given you about pulling people out of poverty is as follows: ‘Free markets have created more wealth than any system in history. They have lifted billions out of poverty.’

Who said it? It sounds like Milton Friedman or Ronald Reagan. Wrong. President Barack Obama said that. Why do I know it by heart? Because he said it to me. Crazy. And I said, ‘Hallelujah.’ But more than that, I said, ‘What an opportunity.’”

Of course, that doesn’t address the question of what to do about Americans whose jobs were destroyed by globalization and free trade, forcing many of them to settle for lower-paid work or none at all. So how do we address it?

“We need to come together around the best ways to mitigate poverty using the best tools at our disposal, and that comes only when conservatives recognize that they need liberals and their obsession with poverty, and liberals need conservatives and their obsession with free markets. That’s the diversity in which lies the future strength of this country, if we choose to take it.”

Brooks offers some suggestions about how each side can recognize that and act accordingly. He’s worth hearing.