Is America Ripe for a Dictator? 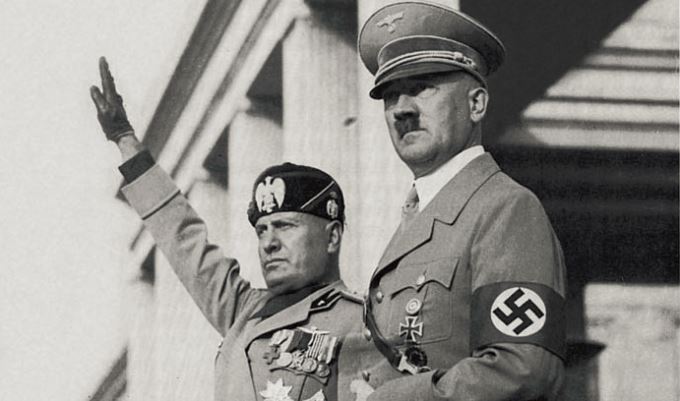 The creeping accelerating expansion of U.S. executive power and the state of the 2016 presidential primary has respected academics and pundits—on both the left and the right—a little nervous.

Charges of an inevitable slide of republicanism to authoritarianism to dictatorship have been all the rage in 2016. Donald Trump has been the most prominent target (just Google Trump and Hitler and see what you find), but Bernie Sanders and Hillary Clinton have also incited angst among individuals on the right, who view them, respectively, as card-carrying socialist and a power-hungry evil genius.

For many of us, it’s instinctive to smile and say to the Cassandras portending imminent doom, R-E-L-A-X. There are, after all, many underlying differences between the American system and that of, say the Weimar Republic or the Bourbon Kings or Tsarist Russia.

Still, it’s worth looking back on the words of those who were prescient enough to recognize political movements that slipped into tyranny. Edmund Burke and Rosa Luxemburg—one a staunch conservative statesman the other a Marxist philosopher and revolutionist—both offered predictions of dictatorship that were accurate to a degree that is astonishing. (It’s one thing to predict that a revolution will turn tyrannical; it’s another thing to predict with great precision how that tyranny will spawn.)

Burke (1729-1797), an Irish-born political theorist and statesman, was one of the great thinkers and orators in English history. Admired by conservatives and liberals alike, he famously championed the cause of American independence from the British Empire.

When it came to the French Revolution, however, Burke saw something very different. In 1790, shortly after Louis XVI had been deposed, Burke wrote a letter condemning the revolution for its excess and predicted it would become a military struggle.

It is known; that armies have hitherto yielded a very precarious and uncertain obedience to any senate, or popular authority; and they will least of all yield it to an assembly which is only to have a continuance of two years. The officers must totally lose the characteristic disposition of military men, if they see with perfect submission and due admiration, the dominion of pleaders; especially when they find that they have a new court to pay to an endless succession of those pleaders; whose military policy, and the genius of whose command, (if they should have any,) must be as uncertain as their duration is transient.

What’s important to note is that the radicalism of the French Revolution had not yet been fully exposed. The Bourbons still had their heads. Robespierre and company had not yet colored the streets red in their bloody Reign of Terror or been devoured by their own young. Napoleon Bonaparte was just a lieutenant in the French army on leave and dabbling in Corsican politics.

But the rise of a Bonaparte was exactly what Burke predicted:

In the weakness of one kind of authority, and in the fluctuation of all, the officers of an army will remain for some time mutinous and full of faction, until some popular general, who understands the art of conciliating the soldiery, and who possesses the true spirit of command, shall draw the eyes of all men upon himself. Armies will obey him on his personal account. There is no other way of securing military obedience in this state of things. But the moment in which that event shall happen, the person who really commands the army is your master; the master (that is little) of your king, the master of your Assembly, the master of your whole republic.  (emphasis mine)

Burke witnessed the madness that claimed the French Revolution, but he died in 1797—seven years before Bonaparte was crowned emperor. So he was never able to fully realize the sad fulfillment of his prophecy (which is made more impressive when one considers that great men such as Jefferson, Paine, and Lafayette were all still singing of the virtues of France’s glorious experiment at the time).

Similarly, Rosa Luxemburg (1871-1919) predicted that Lenin’s Bolshevism would devolve from class struggle to a dictatorship dominated by a single figure—him. Writing from a prison in Breslau, Germany, in 1918, the communist leader chided Lenin for his blunt, brutish tactics. Luxemburg, a true believer in Marxism, said socialism demanded “a complete spiritual transformation.”

No one knows this better, describes it more penetratingly; repeats it more stubbornly than Lenin. But he is completely mistaken in the means he employs. Decree, dictatorial force of the factory overseer, draconian penalties, rule by terror – all these things are but palliatives. The only way to a rebirth is the school of public life itself, the most unlimited, the broadest democracy and public opinion. It is rule by terror which demoralizes.

And what would Lenin’s oppressive tactics yield? A dictatorship, as the class movement became a party struggle, and the party became dominated by a small committee, which in turn would be controlled by one man.

Without general elections, without unrestricted freedom of press and assembly, without a free struggle of opinion, life dies out in every public institution, becomes a mere semblance of life, in which only the bureaucracy remains as the active element. Public life gradually falls asleep, a few dozen party leaders of inexhaustible energy and boundless experience direct and rule. Among them, in reality only a dozen outstanding heads do the leading and an elite of the working class is invited from time to time to meetings where they are to applaud the speeches of the leaders, and to approve proposed resolutions unanimously – at bottom, then, a clique affair – a dictatorship, to be sure, not the dictatorship of the proletariat but only the dictatorship of a handful of politicians, that is a dictatorship in the bourgeois sense, in the sense of the rule of the Jacobins…(emphasis mine)

Now, the conditions that created these dictators were very different from those which exist in the U.S. today. Both France and Russia were in the midst of political revolutions, for one; secondly both of these revolutions had devolved into conflicts that were in a sense civil wars fought between political factions. That is a stark difference from 21st century America.

So, absent either mass social unrest or a massive foreign war, I think the idea that an American Caesar will soon seize control of Washington, D.C., is a bit overblown.

Still, if we look for a common thread in the revolutions, I think one can be found. Lenin and Napoleon were spawned in the wake of domestic terror and intolerance permeated by political faction. The government and its various bodies became, to some extent, an extension of a party apparatus; public interest gave way to political interest, and political interest meant the retention of power at any cost (of course to serve a greater good).

If we witness a national crisis—political, economic, or social—the suppression of speech and the quashing of political opposition are the signs for which we should be watchful; these are the first markers of tyrannical rule.

To paraphrase Jefferson, when the press is free, and people can read and assemble freely, all is safe.