Do Animals go to Heaven? C.S. Lewis’ Answer Might Surprise You 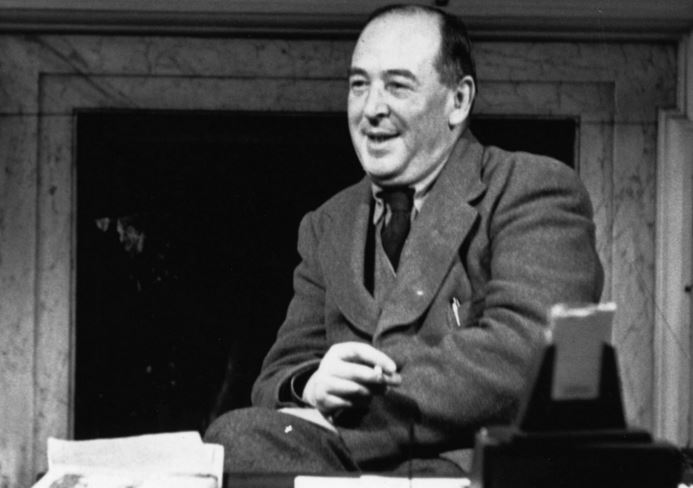 A few nights ago, my four-year-old daughter asked me if animals go to heaven. She is a rather philosophical little creature, but I’m guessing her question was motivated primarily by her recent viewing of All Dogs Go to Heaven at her cousins’ home over Easter weekend.

Unprepared, I quickly replied that they do, if you love them very much. It was lame answer, but then it occurred to me that a thinker no less than one C.S. Lewis had once pondered the topic and drawn a similar conclusion.

Lewis addressed the question in The Problem of Pain. Now, I happen to be a big fan of Lewis, both the man and his writings. That said, I find The Problem of Pain to be one of his weaker works. In any event, let’s take a look at what he had to say:

The real difficulty about supposing most animals to be immortal is that immortality has almost no meaning for a creature which is not ‘conscious’ in the sense explained above. If the life of a newt is merely a succession of sensations, what should we mean by saying that God may recall to life the newt that died today? It would not recognise itself as the same newt; the pleasant sensations of any other newt that lived after its death would be just as much, or just as little, a recompense for its earthly sufferings (if any) as those of it’s resurrected – I was going to say ‘self’, but the whole point is that the newt probably has no self.

From this we can gather that Lewis did not believe creatures such as newts, flies, frogs and the like could exist in heaven because they have no self. But for higher forms of life, particularly domestic animals, Lewis did not discount a hereafter:

If, nevertheless, the strong conviction which we have of a real, though doubtless rudimentary, selfhood in the higher animals, and specially in those we tame, is not an illusion, their destiny demands a somewhat deeper consideration … Man was appointed by God to have dominion over the beasts, and everything a man does to an animal is either a lawful exercise, or a sacrilegious abuse, of an authority by Divine right. The tame animal is therefore, in the deepest sense, the only ‘natural’ animal – the only one we see occupying the place it was made to occupy, and it is on the tame animal that we must base all our doctrine of beasts. Now it will be seen that, in so far as the tame animal has a real self or personality, it owes this almost entirely to its master.

What Lewis was suggesting here was that humans are able to impart onto domestic animals a certain part of his or her self. “And in this way it seems to me possible that certain animals may have an immortality, not in themselves, but in the immortality of their masters,” he concluded.

There are many other ideas Lewis takes into consideration in reaching his conclusion, but for Lewis the primary objection is a Biblical one. He admits that Scripture is completely silent on the subject, a fact he regarded as a serious obstacle but not a fatal one. He argues that if animals were immortal, God’s method suggests this would not necessarily be revealed to humans. He goes on to point out that the concept of human immortality is an idea relatively late to the party in the Judaic tradition.

What does it mean? I won’t say that I find Lewis’ thoughts on the subject particularly persuasive. His musings, to me, seem a little more like a smart man thinking out loud through an idea than a theologian seriously tackling a meaningful subject.

Still, I like and respect the fact that Lewis was not afraid to tackle an interesting subject that many Christians might have found taboo or even heretical. As to the notion of whether or not dogs get into heaven, I’ll leave that question to deeper minds than my own.