Did Noam Chomsky Just Dish a Secret on Socialism in America? 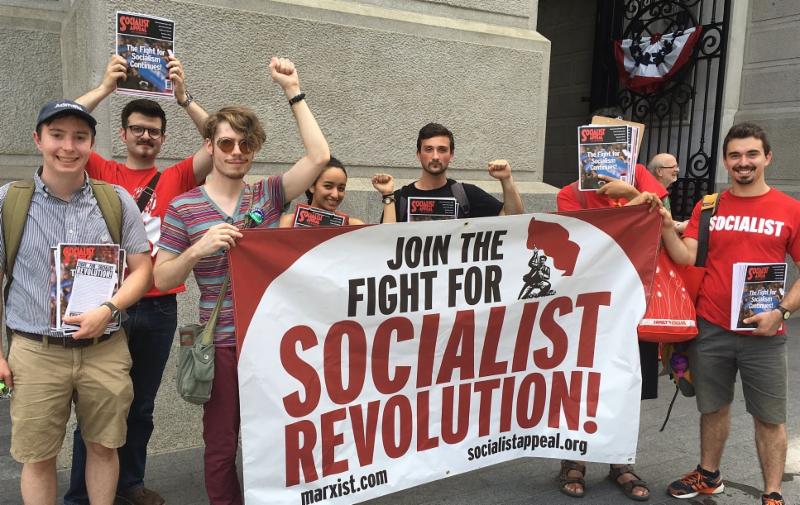 Noam Chomsky earlier this week was asked what he thought of Bernie Sanders’ political platform. Here’s how he responded:

[H]e’s considered radical and extremist, which is a pretty interesting characterization, because he’s basically a mainstream New Deal Democrat. His positions would not have surprised President Eisenhower, who said, in fact, that anyone who does not accept New Deal programs doesn’t belong in the American political system. That’s now considered very radical.

It’s an interesting statement. Many people who don’t agree with Sanders’ politics will be tempted to brush off Chomsky’s comments and say, “Of course he’s radical!”

Sanders, after all, has not shunned the socialist label as has been the traditional custom of American politicians. It can be debated whether the brand of socialism was stillborn in America or if it died out at some point during the twentieth century, but few would argue that the word socialism has been toxic in American politics for nearly a century.

Ideas embracing the concept of socialism have been a different story, however.

Writing to an acquaintance in 1951, Upton Sinclair noted that Americans could accept socialism; they just could not accept the word socialism. Here’s what he wrote:

The American People will take Socialism, but they won’t take the label. I certainly proved it in the case of EPIC. Running on the Socialist ticket I got 60,000 votes, and running on the slogan to “End Poverty in California” I got 879,000…. There is no use attacking it by a front attack, it is much better to out-flank them.

Lewis is saying socialists can’t sell socialism as socialism. One can advance socialism, but it needs to be packaged as something else.

Chomsky, if you look closely, is saying something similar. Sanders—“a decent, honest person,” Chomsky writes—has simply refused to dodge the tag of socialism as so many other members of his party have. (Sanders, a U.S. Senator from the deeply blue state of Vermont, has this luxury, it should be noted.)

Not only are Sanders’ ideas not outside the mainstream of his political party, but socialistic ideas in general are not unpopular with the American people, Chomsky argues:

The other interesting aspect of Sanders’s positions is that they’re quite strongly supported by the general public, and have been for a long time. That’s true on taxes. It’s true on healthcare. So, take, say, healthcare. His proposal for a national healthcare system…. [I]t’s been the position of the majority of the American population for a long time.

Chomsky, in my opinion, is overstating the appetite in America for these social programs. But is his general thesis right? Salon seems to think so:

This point can’t be made enough. For all his talk of a “revolution,” Sanders’s proposals are far too modest to be called revolutionary. He’s merely demanding a return to the midcentury norm, to the nation of FDR and Eisenhower and Johnson.

Another critical point is how aligned with public opinion Sanders’s policies are. If you cut through the rhetoric and the white noise, you find that most Americans support what are undeniably socialist programs, like Social Security and Medicaid and Medicare. These programs aren’t understood popularly as “socialist,” but that’s what they are.

What to make of this? Are the American people okay with “soft socialism” even while the word socialism remains (for now) out of fashion?

Or is the platform of former Socialist Democratic-Socialist Bernie Sanders actually a radical set of ideas outside mainstream Democratic politics and unpalatable to the American people?