A Psychological Explanation for Why Your Boss is a Moron 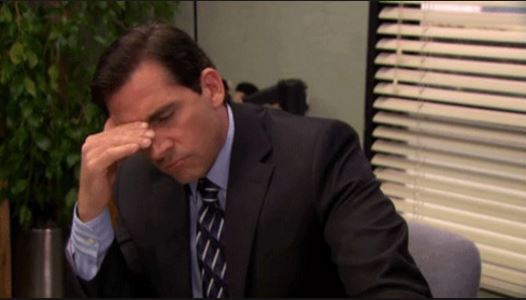 In 1999 David Dunning, a psychologist at Cornell University, and a graduate student, Justin Kruger, published a paper.

Its hypothesis became known as the Dunning-Kruger Effect, and it went something like this (to quote Dunning): “…incompetent people do not recognize—scratch that, cannot recognize—just how incompetent they are.”

According to Dunning and Kruger, incompetent people will:

In an interesting twist, Dunning and Kruger also found that competent individuals often underestimate the value of their own abilities (reasoning that skills easy for them were also likely easy for others).

The concept itself was not entirely new. The authors point out that men such as Darwin (“Ignorance more frequently begets confidence than does knowledge”), Confucius (“Real knowledge is to know the extent of one’s ignorance”), and Bertrand Russell (“One of the painful things about our time is that those who feel certainty are stupid, and those with any imagination and understanding are filled with doubt and indecision”) had put forth similar ideas.

What made Dunning and Kruger unique is that the researchers were able to document the phenomena in a controlled environment. Conducting four studies of Cornell undergraduates, the researchers found that participants in the bottom quintile consistently and grossly overestimated their abilities in the areas of humor, grammar, and logic. Dunning later summed it up this way:

What I love about the Dunning-Kruger effect is that it seemed to explain so much. In our vernacular, the effect explains the “confident idiot” – that person all of us have encountered at some point (or many points) in our professional lives, often in positions of authority.

This is the person that, when you first meet him or her, seems confident, engaging, and bright. They are brimming with swag and certainty, and you think: This person is a rock star! And then you spend a little time with said person. You realize they are indeed confident and engaging, full of swag and certainty—but utterly vacuous and clueless. And you wonder, how in the hell did this person become, say, Chief Strategy Officer of a major company?

John Caccavale, a neuropsychologist and the executive director of the National Alliance of Professional Psychology Providers, recently warned that the public should be aware that the Dunning-Kruger Effect can exist in the echelons of government and the professional disciplines, too, and these areas should be the attention of our focus:

Our concern should be about those who we believe are competent and are in a position to make or influence policies and important decisions that affect our lives and all of society. For example, what do we really know about the professionals that we rely upon who make judgements about our healthcare? What about policymakers whose policies have the potential to produce harm? In our present environment of the security state, what about our military leaders, do we know how much knowledge and what that knowledge is based upon when their recommendations are acted upon?

Caccavale’s point, I think, is spot on. Let’s face it: we’re probably more inclined to apply the Dunning-Kruger Effect to people in our personal circles. The barstool philosopher. Your know-it-all uncle. Your incompetent boss.

The people we should be most worried about are the decision makers. The “confident idiots” who have the most power over the public, but have no idea how incompetent they actually are.