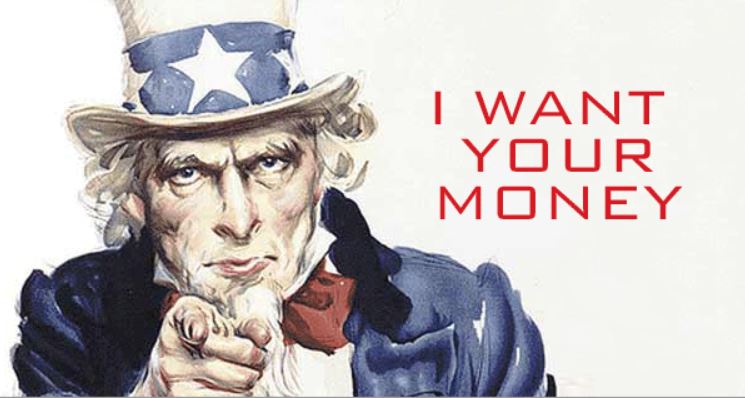 1. “We con­tend that for a nation to try to tax itself into pros­per­ity is like a man stand­ing in a bucket and try­ing to lift him­self up by the han­dle.” – Winston Churchill, 1905

2. “[N]o taxes can be devised which are not more or less inconvenient and unpleasant….” – George Washington, 1796

3. “The income tax has made more liars out of the American people than golf has. Even when you make one out on the level, you don’t know when it’s through if you are a Crook or a Martyr.” – Will Rogers, 1924

4. “[P]rivate fortunes are destroyed by public as well as by private extravagance. And this is the tendency of all human governments. … And the fore horse of this frightful team is public debt. Taxation follows that, and in its train wretchedness and oppression.” – Thomas Jefferson, 1816

6. “So far as the object of taxation is to raise a revenue for discharging the debts and defraying the expenses of the community, its operation should be adapted as much as possible to suit the burden with equal hand upon all in proportion with their ability of bearing it without oppression.” – John Quincy Adams, 1828

7. “Friends and neighbors, the taxes are indeed very heavy, and if those laid on by the government were the only ones we had to pay, we might the more easily discharge them; but we have many others, and much more grievous to some of us. We are taxed twice as much by our IDLENESS, three times as much by our PRIDE, and four times as much by our FOLLY; and from these taxes the commissioners cannot ease or deliver us by allowing an abatement.” – Benjamin Franklin, 1757