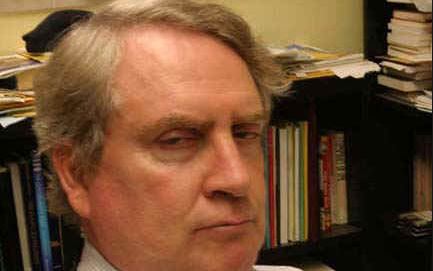 Marquette University associate professor John McAdams says the university has given him an ultimatum: accept an unpaid suspension for the remainder of 2016 and apologize for his “reckless” blog post of 2014 or face termination.

McAdams, a tenured faculty member who teaches political science at the Catholic institution, provided details on his blog, Marquette Warrior.

The “reckless” blog that landed McAdams in hot water can be read here.

In the post, McAdams writes about a student who was compelled to drop a class after an instructor, Cheryl Abbate, told him his views on gay marriage were incompatible with classroom discussion because they were offensive:

A student we know was in a philosophy class (“Theory of Ethics”), and the instructor (one Cheryl Abbate) was attempting to apply a philosophical text to modern political controversies. So far so good. She listed some issues on the board, and came to “gay rights.” She then airily said that “everybody agrees on this, and there is no need to discuss it.

Abbot [sic] explained that ‘some opinions are not appropriate, such as racist opinions, sexist opinions’ and then went on to ask ‘do you know if anyone in your class is homosexual?’ And further ‘don’t you think it would be offensive to them’ if some student raised his hand and challenged gay marriage? The point being, apparently that any gay classmates should not be subjected to hearing any disagreement with their presumed policy views. Then things deteriorated further as the student said that it was his right as an American citizen to make arguments against gay marriage. Abbate replied that ‘you don’t have a right in this class to make homophobic comments.’ She further said she would ‘take offense’ if the student said that women can’t serve in particular roles. And she added that somebody who is homosexual would experience similar offense if somebody opposed gay marriage in class. She went on ‘In this class, homophobic comments, racist comments, will not be tolerated.’ She then invited the student to drop the class. Which the student is doing.

McAdams then wrote that it was a tactic of the left to shutdown discussion of ideas to which they disagree by saying they are hateful or offensive. He even linked to a Charles Krauthammer column.

I must admit: I’m still having a little trouble getting my head around this one. For some time, I’ve thought there must be something more to this story that we’re not seeing. But it appears that McAdams’ discipline is linked solely to his blog post on Nov. 9, 2014.

There are no details provided, that I can find, explaining what was reckless about the post. But there are a few possibilities I can think of:

Now, a few of McAdams’ tactics can be called into question. It might be considered bad form, for example, to mention colleagues in a blog post. But I fail to see how a simple blog post exposing a university’s reflexive intolerance to views outside their own fashionable periphery is grounds for termination.

In any event, it appears likely that this thing is heading for court. McAdams concluded his blog by saying he has no intention to “abase ourself and issue an apology and sign a loyalty oath”:

They have calculated, correctly, that we will do no such thing. But the ploy is absolutely transparent, and won’t mitigate the realization that Marquette is an intolerant, politically correct institution whose ‘Catholic mission’ is nothing but a marketing gimmick. And an institution whose administrators have badly miscalculated the costs of trying to silence a tenured faculty member who has caused them embarrassment by revealing misconduct at the institution.