This Mother Taught Her Children to Read at a 12th Grade Level in ONE Day! 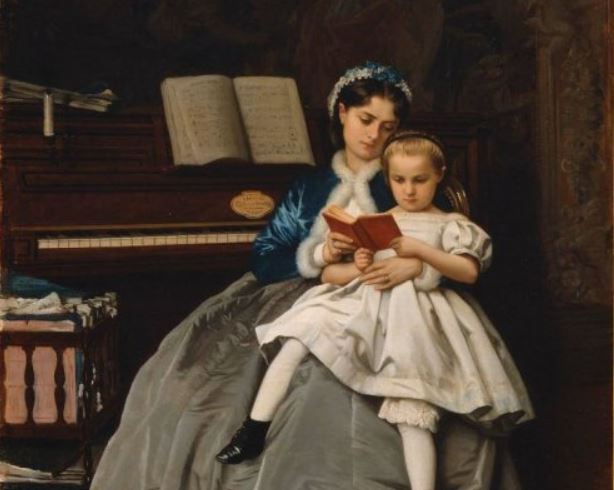 When it comes to education, learning to read is probably at the top of everyone’s list in terms of importance. Yet learning to read has become a long and arduous process through which parents and teachers hope and pray their students will make it.

The long and arduous process of learning to read raises the question: are we making it harder than it really needs to be?

This question came to mind when I happened upon Susanna Wesley’s account of how she taught her children to read. Living around the turn of the 18th century, Mrs. Wesley raised and educated 19 children, two of whom were the founders of Methodism, John and Charles Wesley. Later in life, she wrote the following account of her teaching methods to her son John:

“None of them were taught to read till five years old… The way of teaching was this: the day before a child began to learn, the house was set in order, every one’s work appointed them, and a charge given that none should come into the room from nine till twelve, or from two till five, which were our school hours. One day was allowed the child wherein to learn its letters, and each of them did in that time know all its letters, great and small, except Molly and Nancy, who were a day and a half before they knew them perfectly; for which I then thought them very dull: but the reason why I thought them so was, because the rest learned them so readily, and your brother Samuel, who was the first child I ever taught, learnt the alphabet in a few hours. He was five years old on the tenth of February; the next day he began to learn, and as soon as he knew the letters began at the first chapter of Genesis. He was taught to spell the first verse, then to read it over and over, till he could read it off hand without any hesitation; so on to the second, &c. till he took ten verses for a lesson, which he quickly did.

The same method was observed with them all. As soon as they knew the letters they were first put to spell, and read one line, then a verse, never leaving till perfect in their lessons, were it shorter or longer. So one or other continued reading at school time without any intermission; and before we left school, each child read what he had learnt that morning; and ere we parted in the afternoon, what they had learned that day.”

The fact that Mrs. Wesley, a mother of 19, could teach her children to read in a single day leaves me wondering: are children capable of far more than today’s schools give them credit for?