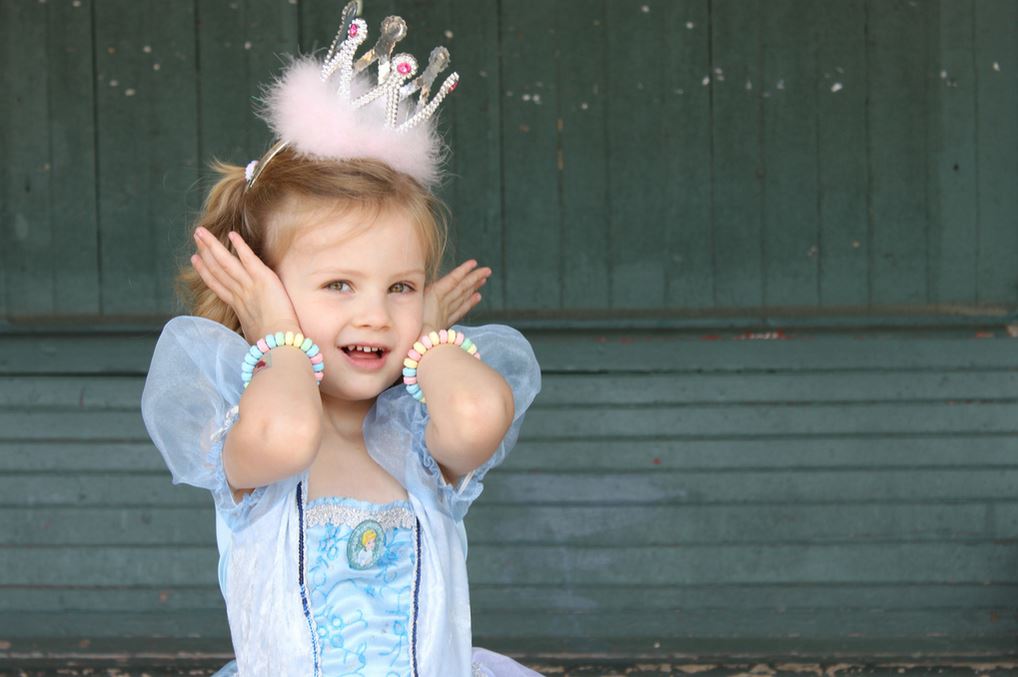 If you’re like me, you’ve probably had a chuckle now and then over little girls who run around with pink gowns with a tiara topping their tousled hair.

But as author Jerramy Fine explains, the princess persona has been much maligned in a culture which discourages “girly” femininity, and instead encourages girls to do everything that the boys do. Having been raised by “feminist hippies,” Fine admits that the princess mentality is almost anathema to her thinking. Yet she had to reevaluate this stance when her own daughter entered the princess stage:

“I have to admit that I love my daughter’s princess persona. Without a doubt it involves an element of glamour (my Kate Spade jewelry is often pilfered to accessorize her flammable princess gowns), but it also involves an element of pure power. She may be playing princess, but in doing so, she is truly a queen-in-the-making. And it’s a joy to watch.

Our alpha-female battles began when she was just 6 months old. She is what many politely term a ‘strong-willed’ child. In the words of William Shakespeare, ‘She is but little, but she is fierce.’

And yet, when she wears her tiara and wields her wand, our mother-daughter conflicts subside. Her confidence in her own omniscient royal power allows her to become softer towards me, kinder towards everyone and more enchanted with everything around her.”

Fine’s comment calls to remembrance Sara Crewe in Frances Hodgson Burnett’s classic tale A Little Princess. Sara was at first treated as a princess by her teachers and peers because she had fine clothes and lots of money. But Sara’s true princess spirit was not found in these items. Instead, it was found in the kindness, politeness, and respect she exhibited toward young and old, rich and poor, intelligent and stupid – even when those same individuals repaid her with evil.

These attitudes paint quite a contrast to those which culture tries to impress on girls today. Instead of being kind, polite, and respectful, society encourages young women to “empower” themselves by fighting their way to the top of the heap—to be brash, bold, and unafraid to belittle others in the quest to better themselves.