The Meaning of Holocaust: Do you know it? 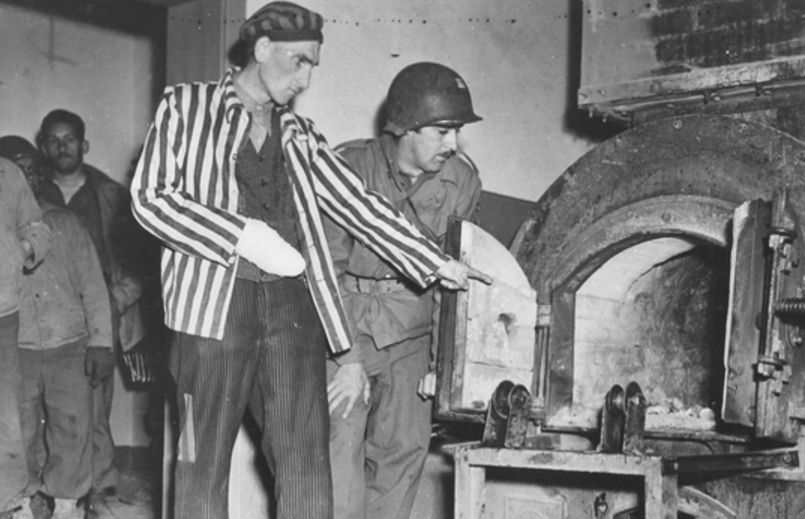 Words are powerful. In the case of the word holocaust, we tend to think of it solely in reference to the Nazis’ attempt to eliminate all Jews in Europe in the 1930s and 1940s through mass shootings, concentration camps, and eventually gas extermination followed by mass graves and crematorium. But the word was actually in use for thousands of years.

“The word Holocaust is derived from the Greek holokauston, a translation of the Hebrew word ?olah, meaning a burnt sacrifice offered whole to God.”

The word holocaust is used throughout much of what most in the West would call the Old Testament, always in reference to burnt offerings.

As for the Holocaust, Time-Life’s The Nazis has this to say about it:

“In January 1942, there were an estimated 11 million Jews in Europe. By the end of the War in May 1945, six million Jews were dead, victims of a Nazi program of systematic annihilation. The Nazi leaders called the program the Final Solution. The survivors called it the Holocaust.”

That truly brings an even deeper and more profound meaning to the evils perpetrated by the Nazis. Particularly when you read accounts such as the following:

“Though cremation left little evidence, it was slow. At Auschwitz, for example, the two large new crematoriums that went on line in the spring of 1943 could incinerate fewer than 2,000 bodies in 24 hours in their five ovens, each with three retorts. Attempts to increase the capacity damaged them severely and caused them to be shut down for repairs on several occasions.

One by-product of incineration caused further delays. So many bodies were burned at Auschwitz and Belzec that periodically a foot or more of human fat had to be scraped off the chimney walls.

When a camp’s ovens were inoperative, the commandant had no choice but to order the bodies burned in open pits. Special commandos alternated layers of bodies with layers of railroad ties to assure a good draft, and then soaked the pile with whatever petroleum wastes were available. Sometimes they drew buckets full of human fat from the pit bottoms and hurled the fat back onto the fire to increase the intensity of the blaze. Once the fire was burning properly, more bodies were added.”

A burnt offering, a holocaust to the evil in the heart of man.