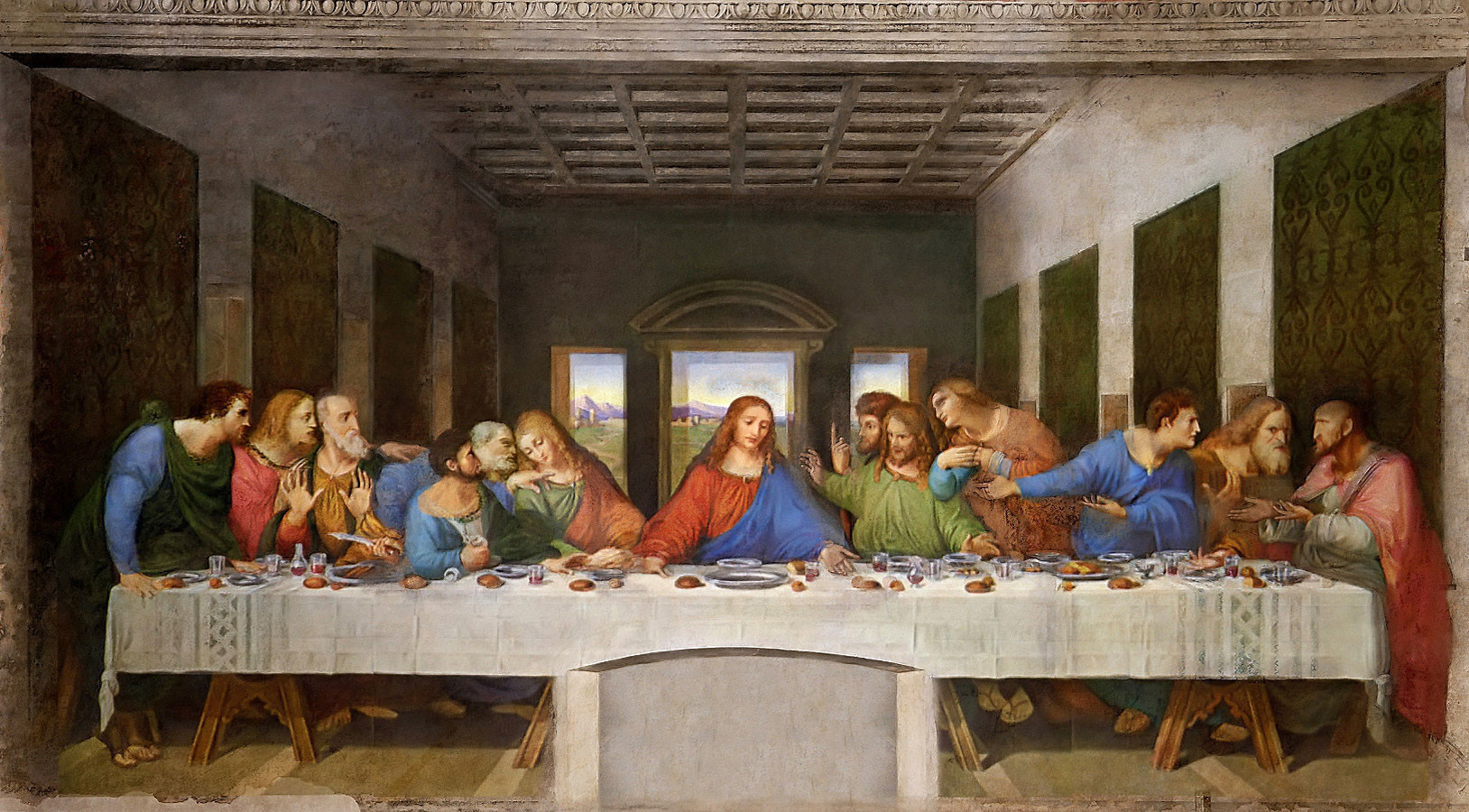 One of the world’s most recognized art pieces is probably Leonardo da Vinci’s The Last Supper. The mural was commissioned by Ludovico Sforza, Duke of Milan, who was a patron of da Vinci. Today it can be found covering a wall at the monastery of Santa Maria delle Grazie in Milan, Italy.

Since it was finished around 1500 A.D., there have been several well-known copies by artists such as Giovanni Pietro Rizzoli and Andrea Solari, both of whom painted theirs in the early 16th century.

Of course, these days there have been countless variations on the original theme:

The cultural power of da Vinci’s The Last Supper is incredible – even 500 years later. Of course, even more can be said of the 2,000-year-old story that inspired the art.

Today, Maundy Thursday, is the day upon which the Last Supper is remembered in the Western Christian tradition. From the 22nd chapter of the Gospel of St. Luke, here it is:

“Then came the day of Unleavened Bread, on which the Passover lamb had to be sacrificed. So Jesus sent Peter and John, saying, ‘Go and prepare the Passover for us, that we may eat it.’ They said to him, ‘Where will you have us prepare it?’ He said to them, ‘Behold, when you have entered the city, a man carrying a jar of water will meet you; follow him into the house which he enters, and tell the householder, ‘The Teacher says to you, Where is the guest room, where I am to eat the Passover with my disciples?’ And he will show you a large upper room furnished; there make ready.’ And they went, and found it as he had told them; and they prepared the Passover.

And when the hour came, he sat at table, and the apostles with him. And he said to them, ‘I have earnestly desired to eat this Passover with you before I suffer; for I tell you I shall not eat it until it is fulfilled in the kingdom of God.’ And he took a chalice, and when he had given thanks he said, ‘Take this, and divide it among yourselves; for I tell you that from now on I shall not drink of the fruit of the vine until the kingdom of God comes.’ And he took bread, and when he had given thanks he broke it and gave it to them, saying, ‘This is my body which is given for you. Do this in remembrance of me.’ And likewise the chalice after supper, saying, ‘This chalice which is poured out for you is the new covenant in my blood.’ But behold him who betrays me is with me on the table. For the Son of man goes as it has been determined; but woe to that man by whom he is betrayed!’ And they began to question one another, which of them it was that would do this.”